Disc replacement, also known as artificial disc replacement, is an orthopedic procedure in which the worn out or damaged part of the disc material between the two vertebrae is removed and replaced with an artificial or synthetic disc. Depending on the location of damage, this procedure can either be cervical or lumbar disc replacement. This surgery is usually performed by making an incision in the abdomen (for lumbar) or neck (for cervical) and it may take the surgeons up to three hours to perform this procedure.

Disc replacement surgery is the surgery conducted on either the lumbar or cervical region of the spine. In this surgery, the disc present in between the vertebrae, are replaced with the artificial disc. This technique is significantly advantageous as compared to the spinal fusion as there is a restriction of movement between the fused vertebrae in spinal fusion. Disc replacement surgery either reduces or completely eradicates the pain while maintaining the movement of that particular portion of the spine.

Although well known for its sandy beaches and royal palaces, turkey is now becoming a major attraction for medical tourism. The number of patients visiting turkey for the major as well as minor treatment is exponentially increasing and according to an estimate, more than 1 million people visited turkey for treatment. The primary factors responsible for fueling this growth, apart from its out-of-the-world landscapes, includes significant cost variations compared to the developed countries, extensively experienced and highly trained medical as well as para-medical staff and modern facilities available in most of the hospitals in Turkey. Further, various top hospitals of Turkey have collaborated with the finest hospitals of US such as John Hopkins Institute. Hospitals, capable of performing slip disc surgeries in turkey, are well-equipped for performing the major orthopedic and neurological surgeries such as disc replacement surgery. Experienced spine surgeon with advanced degree and training are accompanied by expansively trained paramedical staff with sophisticated machines and equipment for performing surgery. According to an estimate, by 2023, the number of people visiting Turkey, for their treatment, would rise to 20 lakhs and the total market would be around $20 billion.

Disc Replacement Cost in Turkey vs Rest of the World

The disc replacement surgery cost in Turkey is significantly lower as compared to the cost of similar surgeries in developed countries such as the US and UK. The quality of healthcare and success rate for this particular surgery is at par with the developed countries. The average cost of disc replacement surgery in Turkey is approximately $5000 to $6500. The slip disc surgery cost in turkey depends upon the variety of factors and the cost is increased in case better facilities are chosen. Type of hospital, infrastructure available at the hospital, type of room opted for admission, the experience of the doctor, the success rate of doctor and hospital, cost of testing and medications, number of days of hospital stay, and the cost of follow-up visit make the total cost of treatment variable. Further, the cost will be determined after the diagnosis and evaluation of the condition are done by the spine surgeon. The cost might be increased if the patient suffers from any underlying disease as this may increase the days of stay in the hospital. Further, the cost may also vary due to the type of artificial disc chosen by the patient and the type of surgery such as Disc nucleus replacement surgery or total disc replacement surgery. 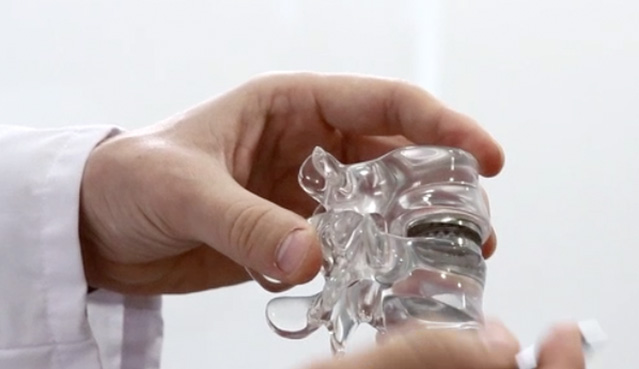 Should you go for Disc Replacement Surgery in Turkey?

Turkey is among the favorite destination for medical tourism and is ranked third in this segment, after US and South Korea. Competitive prices with world-class medical facilities have put Turkey high among medical tourists. The cost of disc replacement surgery in turkey is low as compared to other destinations. Customized post-surgical rehabilitation centers, experienced and trained doctors, English speaking paramedical staff and World-class infrastructure attract the patients requiring disc replacement surgery. With just 75000 patients from various countries in the year 2007, the country had served more than 10 lakh foreign patients in the year 2018, thanks to its low cost and most-modern facilities along with the transformation of a health visit to summer holidays. The country is becoming popular healthcare destinations for the residents of the US, Europe, Russia, and Saudi Arabia. The spine surgeons in turkey are experienced in performing the disc replacement surgery with high ease, through modern equipment and delivering a high success rate.

What is the average cost of Disc Replacement Surgery in Turkey?

Which are the top orthopedic surgeons in Turkey for Disc Replacement Surgery?

Following are the top spine surgeons in turkey:

What are the top hospitals for Disc Replacement Surgery in Turkey?

Which are the top cities in Turkey for Disc Replacement Surgery?

Disc replacement surgeries are successfully performed in the hospitals situated at Istanbul, Ankara and Gebze/Kocaeli as these cities are known for their infrastructure, modern facilities and have the power to attract tourist due to their marvelous landscapes. top hospitals for spine surgery in Istanbul are Liv Hospital and Medipol Mega University Hospital.