Hospitals and Cost of Chemotherapy in United Arab Emirates

Because of the rising costs of medical bills, most patients do not go for immediate detection if they feel something is wrong. It is fear that holds them back, hence death by cancer cannot be avoided. Now, U.A.E has rolled out a new insurance plan for all existing U.A.E visa holder that will enable them to avail treatment for three types of cancer from their basic health insurance. This initiative is to help them get screened at the earliest to prevent deaths by cancer. In the past 30 years, cancer reports and incidences have significantly increased. Colon, prostate, cervical and breast cancers are some of the top causes of death.

Research has shown that in the UAE, breast cancer is one of the three most widespread types of cancer and that women here in the region get breast cancer at least around 10 years earlier than everywhere else. They have even said that cancer incidences are expected to double by 2020, especially when it comes to lung, breast and colorectal and cancers in particular. The U.A.E has adapted treatment for cancer that includes radiotherapy and chemotherapy. Most supplementary insurance card holders could get coverage up to $40,837, but a lot of insurances only cover cancer if it is pre-existing.

The cost of chemotherapy in the U.A.E starts from the bare minimum of $6,000 per session, rising upwards till $13,000 at higher end hospitals. Prices are similar between the U.S.A and U.A.E but are relatively cheaper in Australia and the U.K, where you would have to shell out around $2,700 for a monthly supply of patented cancer medicine. Chemotherapy is cheapest in India, with treatments starting at just $2,000, and this was implemented right after the regulation was introduced back in 2016. 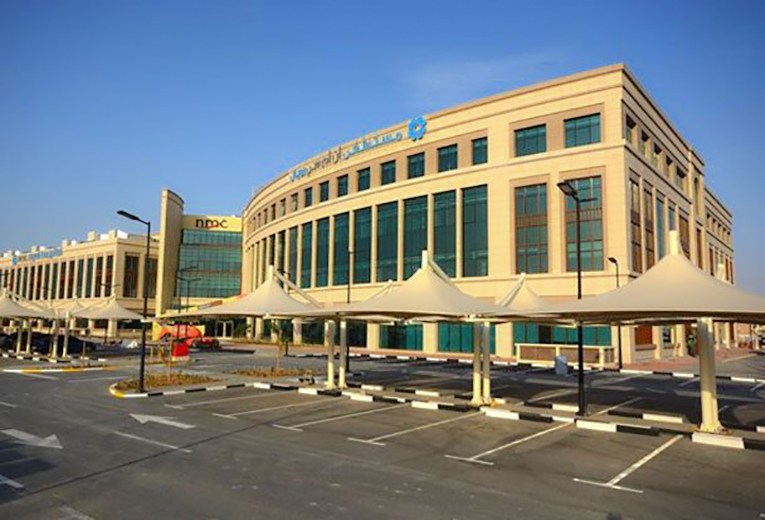 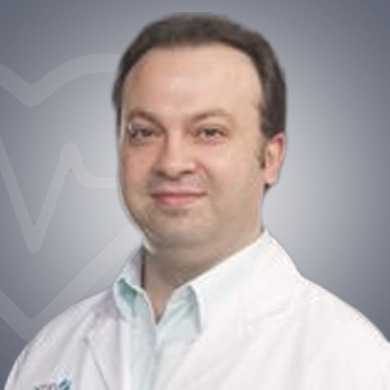 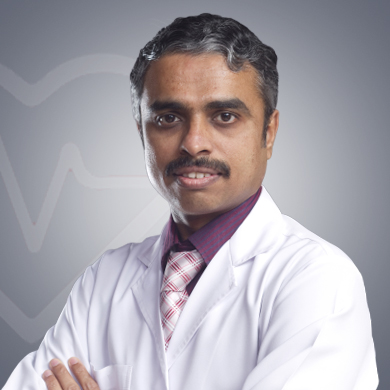 View All Doctors
NMC Royal Hospital in Abu Dhabi is the UAE & largest private healthcare facility. It is committed to providing high-quality and compassionate care to patients. Their approach to healthcare is patient-centric, focused on the concepts of short stay to reduce the costs whilst practising tried and tested medicine over surgical options wherever possible. Considered as the hospital of tomorrow, the majestic 75000 sq. meter NMC Royal Hospital will be the first of its kind in the private sector to offer a continuum of care for its patients besides providing world-class emergency, critical and acute cardiovascular care. NMC Royal hospital is… Read More 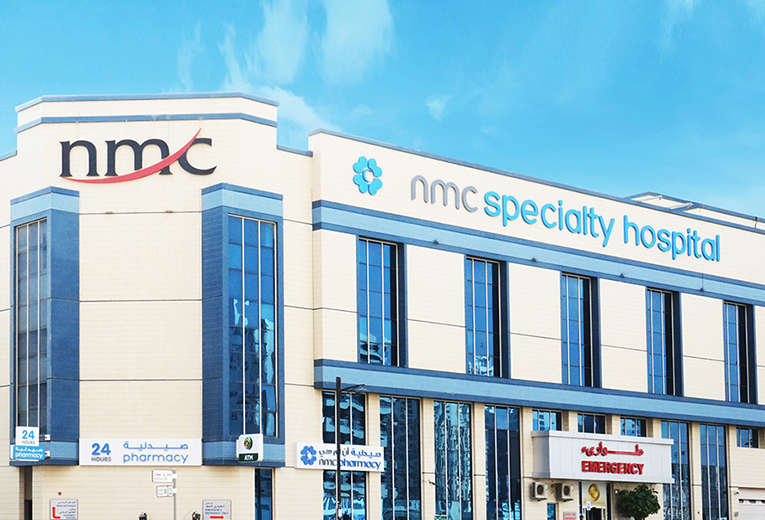 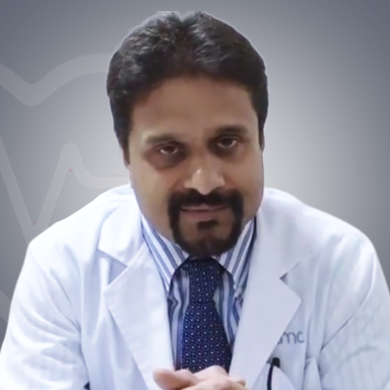 View All Doctors
Established in 2004, NMC Speciality Hospital Dubai is a multispecialty hospital providing quality and trusted healthcare services to the people of Dubai and the Northern Emirates. The hospital strives to make every patient’s experience welcoming and comfortable. The hospital has made a strategic partnership with Germany& prestigious Universitats Freiburg Klinikum and has tied-up with leading international hospitals for advanced medical treatment that is not available locally.The hospital also has a well-equipped laboratory that offers extensive investigative facilities supported by a centralized computerized system. The hospital has tied up with Biomnis, France for rare investigations and tests that are not performed… Read More 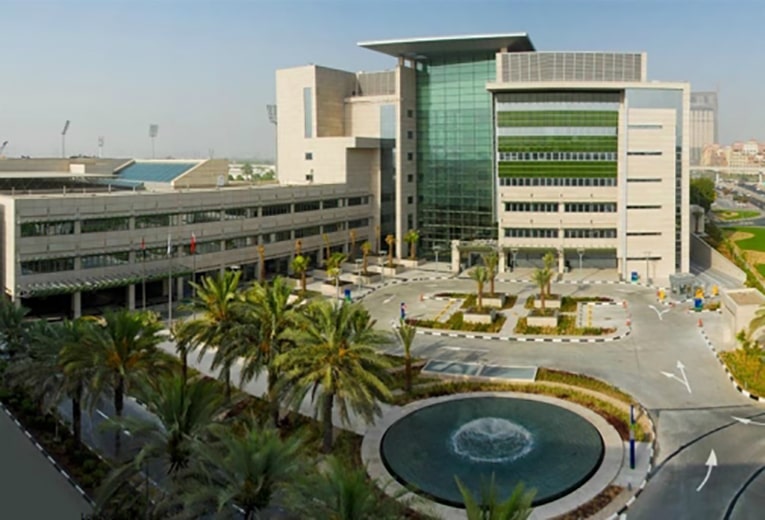 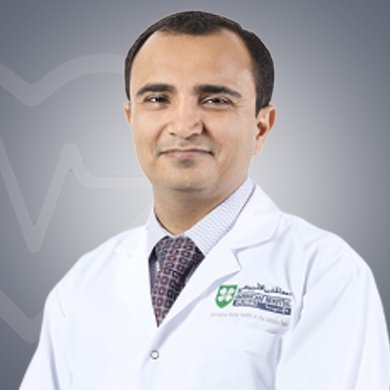 Consultant and Pediatric Hematologist and Oncologist

View All Doctors
Catering to the healthcare and medical needs of people in Dubai for years, American Hospital, located at Oud Metha, is one of the most popular and trusted hospitals of the city. Offering forty-five medical services, it offers every possible treatment to patients from across the globe. It treats auditory problems and urinary tract problems with equal efficiency. It has high-end equipment, world-class operation theatre, and state-of-the-art facilities but most importantly, it boasts of its experienced and skilled surgeons and doctors that make sure that patients leave the hospital with a smile on their face. The hospital is recognized by several… Read More 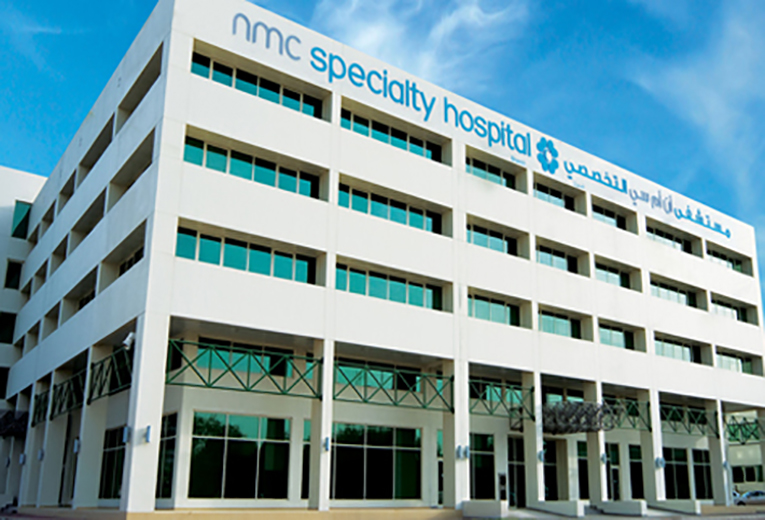 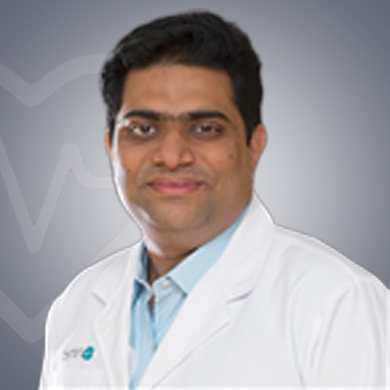 View All Doctors
Established in 1975, NMC Speciality Hospital Abu Dhabi is a multispecialty hospital providing quality and trusted healthcare services to the people of Abu Dhabi and the surrounding region. It is proud to be a part of the growth story of the capital city. The hospital is affiliated with all major national as well as international insurance companies and enjoys direct billing facilities with the insurance companies and third-party administrators. At NMC Speciality hospital Abu Dhabi, patients from abroad and the UAE can choose from a variety of rooms for accommodation subject to insurance coverage. The inpatient facilities are designed to… Read More 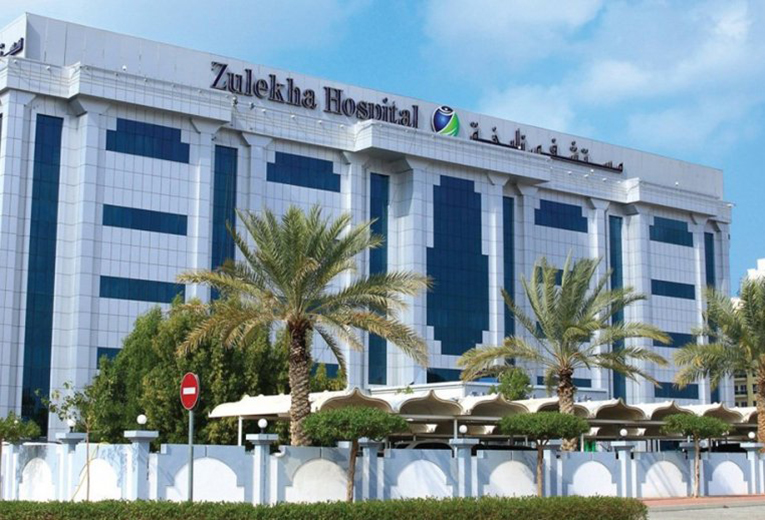 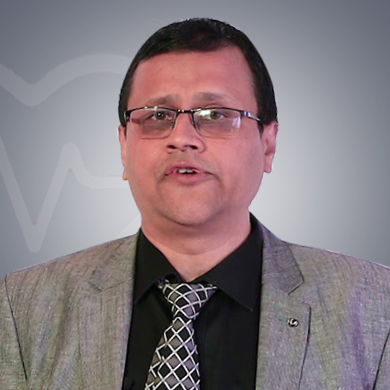 View All Doctors
In the year 1992 with the noble vision of Dr. Zulekha Daud who shifted her base from India to Sharjah in order to serve people who are in need at an affordable cost, Zulekha Healthcare Group was established. She later established a hospital in Dubai too and Zulekha Dubai is now true to its mission of serving the suffering and the ailing. It is a multidisciplinary hospital with advanced diagnostic centers and well-equipped pharmacies. In the year 2004, the Dubai hospital saw its inception. It has facilities for both inpatient and outpatient care. They cover medical packages and many surgical… Read More 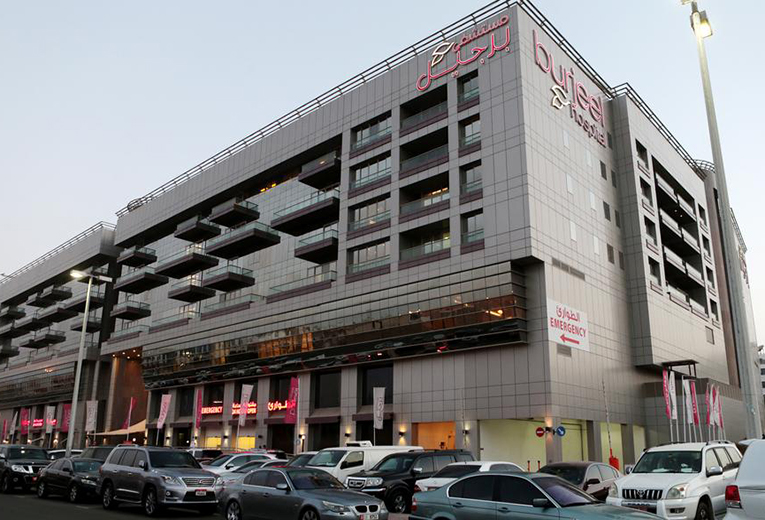 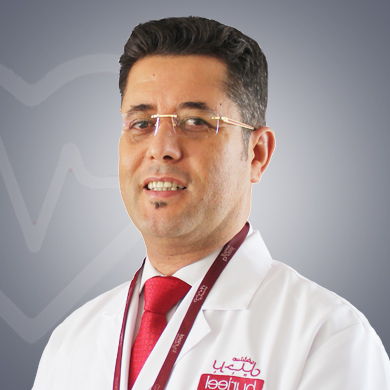 View All Doctors
Located in Abu Dhabi, the chain of Burjeel Hospitals focus on the process of healing much more than curing a medical condition in a regulated environment. It looks forward to empathizing with the patients on a much deeper level apart from treating the ailments amidst all the advanced medical facilities. A patient’s recovery can fasten up at a greater speed when it is treated with love, care and a few words of comfort. In addition to advanced healthcare facilities, best in class medical professionals and state-of-the-art equipment, Burjeel Hospitals offer its patients a comfortable and warm environment for a smooth… Read More 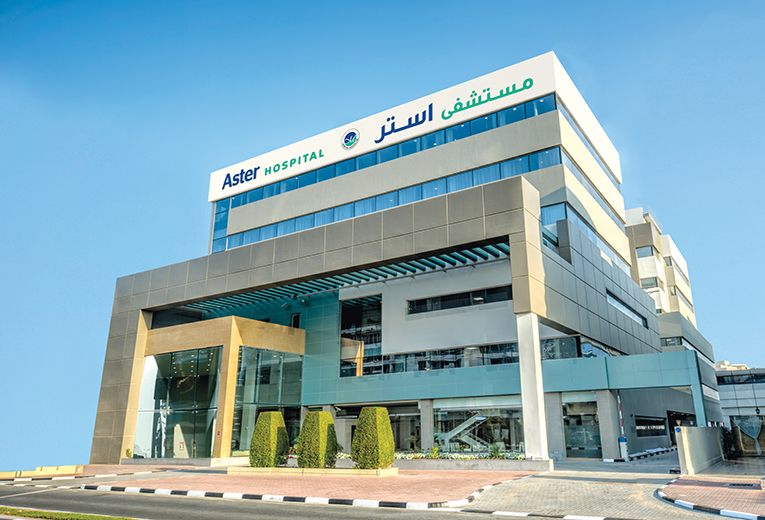 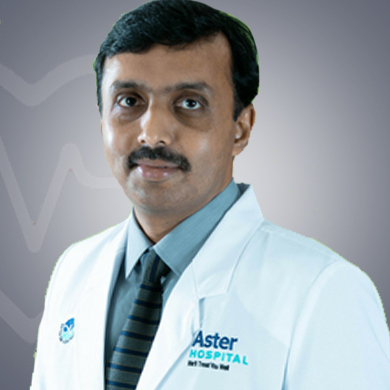 View All Doctors
Aster DM Healthcare in Dubai is one of the pioneering names in the field of healthcare in the UAE as well as the adjoining regions. This healthcare enterprise has successfully established itself as a trusted entity and offers a spectrum of healthcare services. From liver transplant to liposuction and heart surgery, this healthcare giant offers services in all segments and specialities. It is also into pharmacy and diagnostics. With a diversified portfolio, it has been doing a commendable job in all the fields and continuously setting new benchmarks. With around 20,000 personnel working for it, Aster DM Healthcare in Dubai… Read More 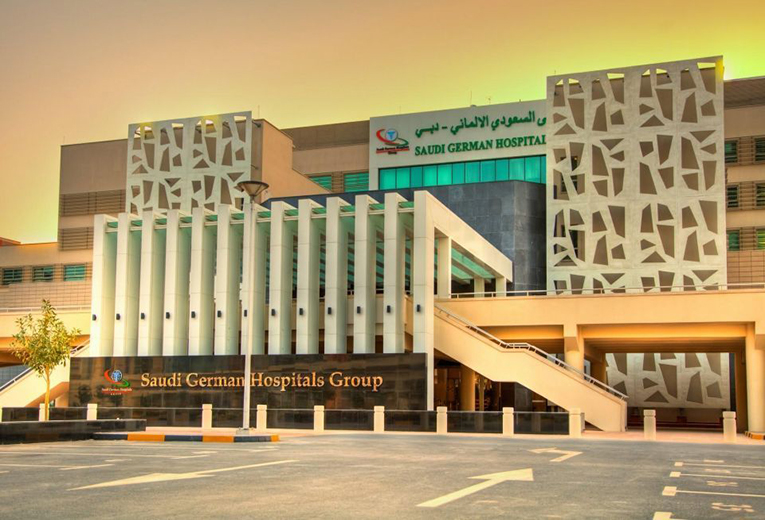 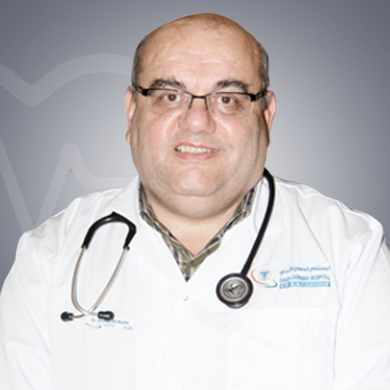 View All Doctors
Saudi German Hospital is one of the largest private hospitals belonging to the SGH Group which is the largest healthcare provider in MENA region. The group operates own hospitals in the region with cooperation with numerous German medical schools and faculties. SGH Dubai offers a range of comprehensive healthcare packages to suit the needs of individuals and their families. SGH Dubai, in recognition of its high healthcare standards, has all major international accreditations and certifications to its name like JCI, CAP, ISO etc and has awarded the most trusted healthcare brand by Global Brands Magazine. Facilities:- 37 ICU Beds,21 NICU,11… Read More

Should you go for Chemotherapy session in U.A.E?

While there are better options available in terms of the costing of Chemotherapy available in the continent such as India. However, there is no reason to not go for Chemotherapy in the United Arab Emirates (U.A.E) as thousands of people travel from neighbouring Middle Eastern Countries and the African continent also travels there on a regular basis.

What is the average cost of Chemotherapy in U.A.E?

Chemotherapy can range anywhere between $6,000 to $13,000, but please get a proper quote from your preferred hospital for a reference. The average range of one chemotherapy cycle is relatively on the lower side as compared to most western countries like Australia, the US, etc.

Which are the top oncologists and cancer surgeons in U.A.E?

What are the top hospitals for Cancer Treatment in U.A.E?

The top hospitals for cancer treatment in the United Arab Emirates (U.A.E) are:

Which are the top cities in U.A.E for chemotherapy?

You can enrol in cancer treatment in hospitals located in the following cities.