A typical gastric bypass surgery aims at reducing the stomach size so that it contains lesser food quantity. In this manner, the calories absorbed by the body become less automatically because the food quantity processed in the stomach and small intestine becomes lesser. Another name for this surgery is Roux – en – Y.

There are two main types of surgeries that can be performed:

Risks involved – potential harm to the organs involved, a possible leakage between the staples placed in the stomach, disbanding of the stomach sac, nutrition deficiencies, and blood clots and gallstones, etc. 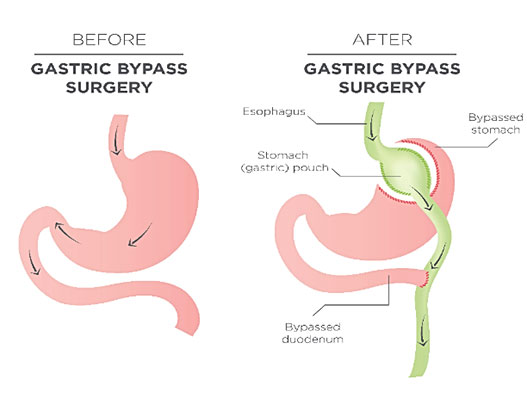 Why do people go for gastric bypass in Israel?

Israel is one of the best hubs for medical treatments. It has a plethora of recognized and quality medical institutions due to which it attracts a huge number of medical tourists. The cost is also one major factor. Israel offers these procedures at a lesser price as compared to other big centers. The technology advancement is also commendable here, making the services more trustworthy.

Which are the best hospitals and surgeons for this procedure in Israel?
What is the average cost of Gastric Bypass Surgery in Israel

The gastric bypass surgery cost is actually dependent on various factors in the country of Israel. The cost is dependent mainly on the procedure and the doctor and the hospital where the medical patient requests to have the weight loss surgery done. The average cost can vary anywhere between the range of USD 15000 to USD 35000 depending on the type of weight loss surgery that the doctor or medical practitioner recommends for the patient.

How safe is a gastric bypass in Israel?

This surgery is a safe go option in Israel because of the advanced technology and credibility of medical centers available here. However, the procedure has some risks involved in general, so the patients must be well aware of them before opting for the surgery. These risks have already been mentioned above.

Who can go for gastric bypass surgery?

This procedure is suitable for the people who have a BMI of 35 or more, or a 40 or more than that along with a medical condition hinting at obesity issues like diabetes or heart diseases.

What is the success rate of Gastric Bypass Surgery in Israel?

As per the statistics, people have a good chance at loosing around a third of their weight in the year or four that follows the month of surgery. The shedding of weight is quicker in the initial times and goes down with the passage of time. The patient's chances at success increase if he/she adopts a healthy diet and a good exercise regime.

Hospitals with Offers on Gastric Bypass