Malignant formation of cells in the breast of women leads to breast cancer. After skin cancer, breast cancer is the most commonly diagnosed cancer in women in the United States. The disease and its occurrence are found both in men and women alike, however, it is far more common in women.

Generous help for breast cancer education, awareness, and research subsidizing has helped made advances in the determination and treatment of breast cancer disease. Breast cancer endurance rates have expanded, and the mortality rate related to this ailment is consistently declining, to a great extent because of factors, for example, early detection, another customized way to deal with treatment and a superior understanding of the disease.

Risk factors for developing breast cancer include being female, obesity, lack of physical exercise, drinking alcohol, hormone replacement therapy during menopause, ionizing radiation, early age at first menstruation, having children late or not at all, older age, prior history of breast cancer, and family history.

Symptoms of patients with Breast Cancer

Signs and symptoms of breast cancer may include:

Primarily, the factors affecting the cost of breast cancer vary with the socioeconomic status of the patient. The country in which the patient is procuring the treatment and the spending capacity of the patient. Mentioned below are some of the major factors: 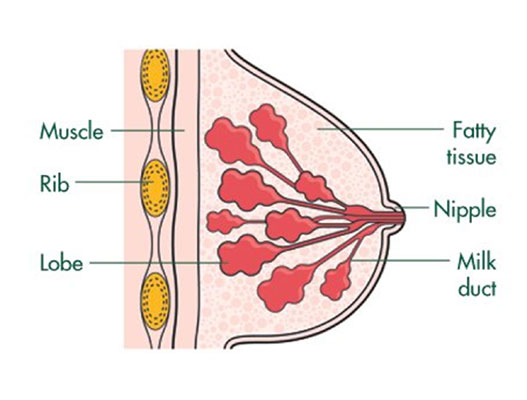