Cancer that develops in the parts of the mouth is called mouth or oral cancer in medical terms. Oral cancer can occur on the tongue, lips, gums, roof, and floor of the mouth and lining of the cheeks. Cancer that occurs on the inside of the mouth is called oral cavity cancer. Grouped in the category of head and neck cancer, oral cancer itself is of several types like Squamous Cell Carcinoma and Lymphomas among other less common types like Sarcomas. It usually occurs because of smoking, chewing tobacco, family history, genetic issues, and another uncommon phenomenon.

India is known worldwide for its advanced medical treatment and research facilities, including its low cost and high-quality mouth cancer treatment facility, across the major cities. Oral cancer treatment in India costs less when compared to other countries and significantly less when compared to developed countries like the USA, UK, Germany, etc. In India, various medical processes are used to treat oral cancer. From radiation to chemotherapy and surgery along with targeted therapy. For the early stages of oral cancer, radiation is used mostly and to increase its effectiveness, chemotherapy is used as well. For later stages, where the cancer cells have grown bigger, surgery is deployed to extract the cancer cells. 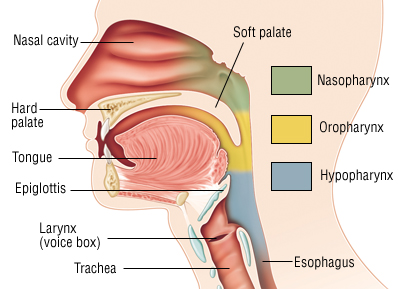 How is mouth cancer diagnosed?

In case of any suspicion of cancer, the patient is subjected to necessary laboratory testing in order to monitor the status of cancer, as well as, to monitor any sign of metastasis.

What are the methods of mouth cancer treatments in India?

Oral cancer treatments in India may include moderate to extensive procedures depending on the type and extent of the damage. The type of treatment required also determines the mouth cancer treatment cost in India.

What is the average cost of Mouth Cancer Treatment in India (based on different approaches)?

Oral cancer treatment costs in India averages around USD$7000. India is enriched with several government hospitals as well as charitable organizations that offer free and uncompromised treatments to patients from all over the world. However, for candidates on the lookout for treatments in reputed private hospitals, the treatments may begin from $280 per session for chemotherapy.

What are the factors affecting the cost of Mouth Cancer Treatment in India?

Mouth cancer treatment cost in India varies as per the type of cancer diagnosed. Mouth cancer can affect any region inside the mouth, which determines the extent of treatment the candidate requires.

Which are the best hospitals for oral cancer treatment in India?

Although mouth cancer treatment cost in India is highly affordable, the medical facilities provided to the candidates remain unparalleled. The availability of advanced cutting-edge technology in multispecialty healthcare systems guarantees enhanced accuracy. This also caters to the increased success rates every year. Apart from that, the presence of renowned oncologists, specialists, radiologists and surgeons also sum up for best treatment facilities in the entire world. Thus, here are some of the best hospitals for oral cancer treatment in India:

What is the success rate of mouth cancer treatment in India?

The success rate of mouth cancer treatment in India depends on the stage at which it is diagnosed. Early detection during the initial stages guarantees the complete cure of cancer thereby helping the candidate to continue normal life henceforth. In most cases, success rates of oral cancer treatment vary from 50% to 53% for short-term ( or 5-year) survival. However, in progressive stages, complete curing becomes difficult.

Who are the top cancer surgeons in India for oral cancer treatment?

India has a list of globally-acclaimed oncologists who have excelled in critical cases of all times. Though cancer treatment is advancing every day and is still dreaded, proficient surgeons have been able to provide a complete cure and a healthy life in many cases. The surgeons are crowned with decades of experience and a competent approach which helps in providing high success rates every year.