Hospitals and Cost of Kidney Transplant in South Africa

Kidneys are vital organs of the human body. They are also one of the most vulnerable organs. The kidney performs many crucial tasks for the body and is a major part of the human renal system. Kidneys filter waste and toxic elements from food and pass it to the excretory system.

Kidneys regulate the mineral level and filter blood. Kidneys are the main filtering unit and also maintain fluid balance in the body. Another major function of a kidney is to create hormones that promote red blood cell production, improve bone health, and control blood pressure. Adrenaline, which improves our reflexes in an unsafe condition, is also produced by an organ situated on the kidney. With so many functions, both the kidneys need to be in perfect health for a quality life. Humans, however, can survive on one kidney.

Due to various diseases, your immune system may go down, and your kidney's filtering abilities can reduce drastically as filtering goes down, the level of toxins in blood increases. This can lead to very high blood pressure and subsequent Kidney Failure. Kidney failure is also known as end-stage renal disease.

Kidney failure happens when 90% of the filtering abilities of kidneys is halted. End-stage kidney failure can cause a person's health to fall severely. To survive in such conditions, the waste in the body needs to be removed manually through dialysis machines. Dialysis is a very costly and often painful process. There is another option, which is also known as a kidney transplant. This is usually the best treatment as one cannot be on dialysis for the rest of his/her lifetime. The failed kidneys are removed and replaces by a kidney of a deceased person or a living donor. Since a person can survive on one kidney, people can donate their kidneys while they are alive.

Kidney transplantation demands have been on the rise due to adverse changes in human lifestyles these days. Type 1 or type 2 diabetes is one of the main reasons for kidney failure. With a rise in diabetes and high blood pressure cases, kidney failures are becoming more and more common. Kidney transplants have become a big medical market. South Africa is one such thriving global center for kidney transplantation. There has been a recent decline in demand, but the facilities are great in some hospitals.

Within South Africa, the costs fluctuate between clinics to clinics. However, kidney transplant costs are always lower than kidney dialysis costs. Dialysis can be used until you find a donor. Once a healthy donor is found, kidney transplantation becomes a cost-efficient and more comforting method of treatment. South Africa is home to some very good hospitals known throughout the Asian continent. Patients have their value of money when they opt for a transplant in South African lands. 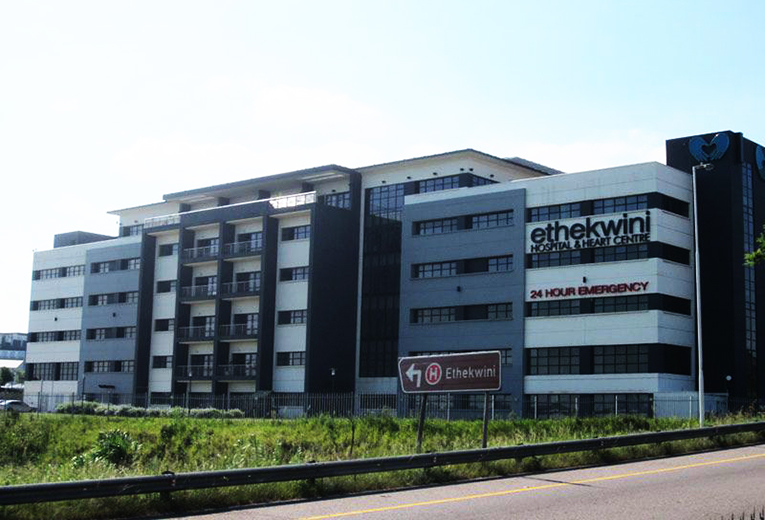 The vision of Lenmed Ethekwini Hospital and Heart Centre is excellence in healthcare at a state-of-the-art facility that is both reasonable and accessible. An ultra-sophisticated and digitally incorporated hospital north of Durban. The hospital prides itself on being one of the few in the country where lung, heart, and kidney transplants are done. It is the only hospital In Kwa-Zulu Natal that provides many necessary services for Paediatric Cardiac Surgery. The hospital was voted as… Read More

Who is the best candidate for Kidney Transplantation in South Africa?

Certain conditions may prevent you from being a good candidate for kidney transplantation. Dementia and mental illness are considered unfavorable cases for kidney transplants. A cancer patient, recently treated cancer, alcohol or drug use, heart disease, and an unfavorable reaction to medications are adverse situations. In these conditions, transplantation is not a good option. Doctors usually suggest dialysis until these adverse conditions are under control or cured.

Other things to consider are the financial budget. One must include the travel costs to South Africa and choose a more cost-effective option if budget is tight.

What is the average cost of kidney transplantation in South Africa?

Average kidney dialysis costs in South Africa can be around 150000 rands per year while Kidney transplantation costs are one-time expenses with only some medications after surgery. The transplant costs are around 100, 000 Rand in one of the leading hospitals of South Africa named Groote Schuur Hospital. The hospital is a pioneer in Transplantation developments of South Africa and has always come forward to provide donors to patients in need of Kidneys. The costs vary between government-owned and private hospitals. The costs in government hospitals can be almost half the costs in private hospitals.

Why should you opt for Kidney Transplantation in South Africa?

The Kidney transplants began very long ago in South Africa. With constant pressure on the economy and a struggle-filled past, the growth has been slow. There were declines in the number of Kidney transplants recently. However, the country remains the best option for anyone living in the African Continent. South Africa is among the most developed country of the continent, and it is also highly developed in Medical facilities. There is organ donation awareness being spread throughout the country. With all the steps government have taken and with public support, South Africa is a good, if not the best choice for having a kidney transplant at low costs.

How successful is Kidney Transplantation in South Africa?

The only problem being faced by the transplantation systems of South Africa is a lack of organ donors. The success rate has never been a problem, and there are some very skilled surgeons in the country specializing in kidney and heart transplants. The success rate of kidney transplants is as high as 85-90% provided that both the donor and receiver are good candidates for transplant surgery. Private hospitals have an excellent record of successful kidney transplants because of the efforts of surgeons.

Which are the best Hospitals for Kidney Transplantation in South Africa?

There are not many hospitals in the country when compared to other European nations. However, existing hospitals perform their work effectively. As mentioned earlier, Groote Schuur is a great hospital with an amazing success rate. The costs are controlled, and the services are good at Groote Schuur. The hospital is known to perform over 30 kidney transplants in a year. This is a unique number for an African country, considering that kidney availability is very low. Groote Schuur runs its awareness program and persuades people to donate organs post their life. Tygerberg Hospital, Cape Town is also a public hospital for transplant activities of all kinds, including kidney transplants. Wits Gordon Medical Center, situated in Johannesburg, is a good private hospital for kidney transplants with world-class facilities.

Which are the top surgeons for Kidney Transplantation in South Africa?

The country has few nephrologists and too many patients. There are many experts in the country. One such expert is Prof. Jean Botha, who is a transplant surgeon working currently for the reputed Donald Gordan Medical Center. He has performed several transplants throughout his career and is now regarded as a kidney transplant expert.