Carpal tunnel release is a surgical procedure which is performed to help the patients fight with the pain and the symptoms caused by carpal tunnel syndrome. Carpal tunnel syndrome causes the hands or arms to itch and lose all forms of sensation. Females face carpal tunnel syndrome more often when compared with the male population. Such a syndrome can be seen when the nerves are injured. Before recommending a surgery a patient would surely be asked to try out non-invasive methods such as corticosteroids which lessens pain and swelling. A splint is kept on the wrist while sleeping and at the same time anti-inflammatory drugs such as Ibuprofen can be consumed. Open and endoscopic surgery is used for the procedure. The method of surgery depends on the patient. Anaesthesia is used before conducting the surgery and the surgery takes up to 20 to 30 minutes of your time. After the surgery it is suggested that a patient much exercise the wrist and fingers on a regular basis. The surgical area must be cleaned and then dressed regularly.

Carpal Tunnel Syndrome Surgery in UAE is performed by experienced medical professionals who receive extensive training. Moreover, the hospitals provide comprehensive facilities so that the patient need not worry about the visa and other formalities. UAE is becoming one of the most favourite medical tourism destinations with the passage of time. This is because the expenses are affordable when compared with the European nations where people struggle to pay off their medical bills. 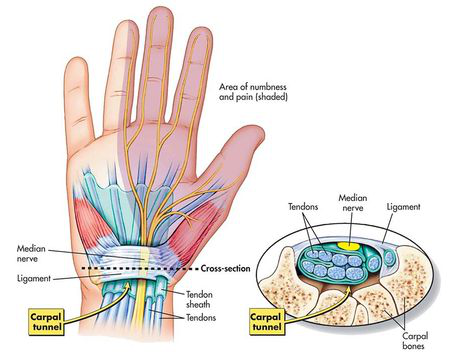