Nose plays a very important role in defining one’s personality. The whole contour of the face changes with a well-defined nose in place. Rhinoplasty which literally means to mold the nose is the cosmetic surgical procedure performed on the nose to enhance the appearance of the nose.  The shape and size of the nose can be changed drastically to improve the features of the face.

It is mainly performed for aesthetic reasons. A misshapen, too big or too small a nose can be given a proper shape with the help of rhinoplasty surgery. A nose can get mutilated or crooked due to some injury or accident which can be corrected through the surgery. Minor problems in breathing can also be attended.

As such there are no discomforts associated with a misshaped nose, but problems in breathing and subsequent problem in talking can get affected due to a deformed nose.

Nose plastic surgery is a very common cosmetic surgery performed on both men and women ranking third in the list of surgeries performed. The shape of the nose can be changed through this process by addition or removal of bones or cartilage and tissues or performing grafting. Implants can also be added synthetically or by inserting parts from any other suitable part of the body. It should not be performed till pubertal growth spurts are done away with. 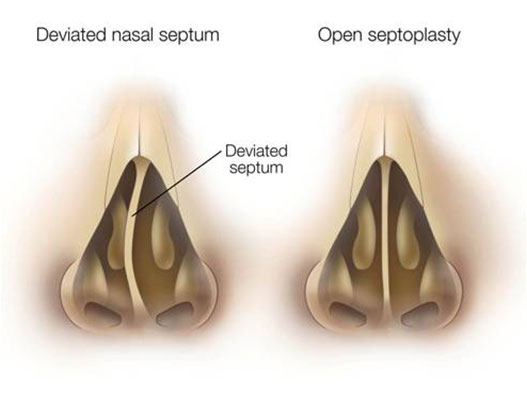