Successful Facelift Surgery in India: A Case Study (Anna from the UK)

Thousands of people travel to other countries for cosmetic treatment every year. India, Mexico, Turkey, Hungary, and Thailand are some of the most popular

Thousands of people travel to other countries for cosmetic treatment every year. India, Mexico, Turkey, Hungary, and Thailand are some of the most popular medical tourism destinations for cosmetic and dental procedures. These countries receive many cosmetic surgery candidates from different parts of the world.

The facelift is one such cosmetic procedure. It is a surgery that helps restore a youthful appearance by removing excess or sagging skin from the face and by smoothening wrinkles. Anna Ali from London, UK, decided to undergo facelift surgery in India to experience a change in her facial youthfulness.

Anna hails from Uganda. However, she shifted to the UK many years back and now has its citizenship. She is 47 years old.

With a hope to restore the youthful appearance of her face, she raised an inquiry with MediGence through its website to inquire about the facelift surgery. Anna had been to Mumbai many times in the past and therefore, she wanted to get in done in India itself.

Within a few minutes of her sending an inquiry to MediGence, one of the Patient Care Executives contacted her to know her exact needs. During the conversation, Anna informed that she wants to get the facelift surgery done in one of the best hospitals in Delhi.

The team asked her to share a few photographs of her face from different sides. As soon as she shared the photographs, the team consulted difference top specialists for cosmetic surgery in Delhi.

Where to go for Cosmetic Surgery?

She sent her passport copy so that a visa can be issued. The passport copy was shared with the hospital as they issued a visa invitation letter for Anna.

As it was not a major or a long-duration medical treatment, Anna applied for an e-medical visa online. Anna asked the Patient Care executive assigned to her to assist her in submitting the e-medical visa application, which was filed successfully. Within three days, Anna received her e-medical visa over email and booked her tickets to India. 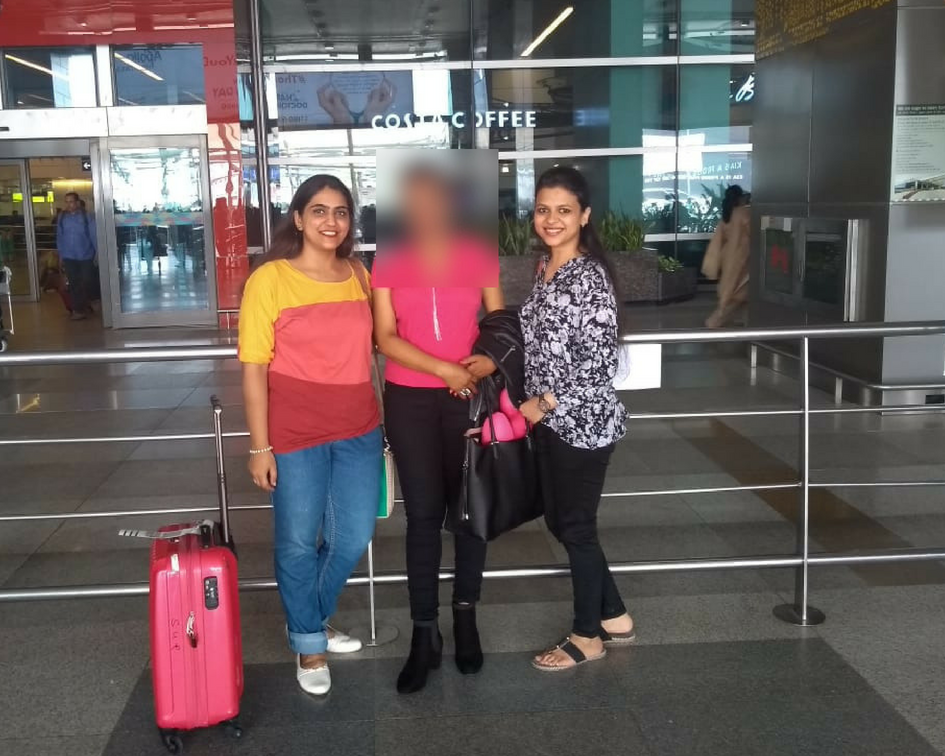 Anna arrived in India on August 8th, 2018. She was picked up at the airport by the Patient Care team. The pick up was arranged by the hospital, following which Anna and the Patient Care team went to the hotel where her accommodation was arranged. They together went to the hospital on the same day to meet the senior cosmetic surgeon at Indraprastha Apollo Hospital, Dr. Kuldeep Singh. After successful surgery, Anna returned to her country on August 23rd.

Anna met Dr. Kuldeep and his team later in the afternoon on the day she arrived in India. The specialist examined her skin and gave his recommendations. After listening to the patient’s expectations out of the procedure and in terms of the desired looks, Dr. Kuldeep explained facelift surgery to her and what she should expect from her.

After examining her skin, the doctor even suggested her to get botox and laser treatment to be done to even out the skin and make certain areas appear fuller. Since Anna arrived in the country only for around two weeks, the doctors decided that they will give botox and conduct a single session of the laser after her facelift.

Check out Top Hospitals in India for Cosmetic Surgery

All pre-operative investigations, including blood tests, urine culture test, chest X-ray, and electrocardiogram (ECG) were conducted on the same day. Anna’s admission for a facelift was planned for August 10th. The Patient Care team accompanied her throughout the day as she got her consultation and investigations done before finally dropping her off to the hotel in the evening.

On the day of her admission, the Patient Care team from MediGence went to the hospital to manage her admission for the procedure. The procedure took around five hours to perform, following which Anna was kept in recovery for an hour. She was shifted back to the ward after that and then discharged on the next day.

There were no treatment challenges as such. Anna experienced pain and a little bit of swelling after the surgery, for which she was given medications.

On the next day of the discharge, she was again taken to the hospital by the team to get her dressing changed. The bandage around the surgery site on her face was completely removed within two days and in the same week, her botox session was planned.

Upon the doctor’s recommendation, Anna decided to get one session of laser done to even out the skin around her lips and chin. She was given medications, ointment, and a compressor belt for her face for better results.

By the end of the treatment and her last follow-up consultation, Anna was completely happy and satisfied with the results of the procedure and with the support offered by the Patient Care team at MediGence. She said that even though she had no attendant with her traveling with her, she never felt alone even for a minute during her stay in the country.

Irving Stackpole, President of Stackpole & Associates, Joins the Board of MediGence

Mr. Irving Stackpole is a much sought after name in the service-sector business. He has over four decades of experience as a healthcare professional.

We’re extremely grateful for the service rendered by MediGence for the entire coordination from the pre-travel stage to the time they finally returned home and for rendering all the support that was required to make Ms. Oretha walk again in her life.

Elizabeth Ziemba, Founder and President, Medical Tourism Training joins the Board of Directors of MediGence

Ms. Elizabeth Ziemba has rich experience in providing consulting, training, and assessment services for governments, organizations, and professionals in the wellness, health, medical, and