We’re extremely grateful for the service rendered by MediGence for the entire coordination from the pre-travel stage to the time they finally returned home and for rendering all the support that was required to make Ms. Oretha walk again in her life.

A spinal injury can be traumatizing for any patient. But the situation becomes all the more difficult and challenging when a patient does not see or experience any improvement even after being subjected to invasive procedures multiple times.

Such was the story of one of the lovely and lively patients from Liberia, Ms. Orethai Wangai.

Ms. Oretha, 61, had been completely bedridden for more than 3 months when one of her family members contacted MediGence. The family requested the organization to render its support to evacuate their mother, who had been receiving treatment at a hospital in Ivory Coast since October 2020. The family was interested in bringing her to Turkey for better care.

One of the patient care advisors got in touch with the family almost instantly and discussed her medical history. It was informed that Ms. Oretha was admitted to the hospital in October 2020 after complaining of severe lower back pain.

A scan was performed, which revealed that she was suffering from the degenerative lower spine with L3/4, L4/5, and L5/S1 disc herniation along with L4/L5 disc antelisthesis.

Immediately thereafter, a posterior lumbar interbody fusion from L2 to S1 was performed at the hospital. However, during the surgery, the team failed to insert a cage at L4/5. She suffered from pain post-operatively which was brought under control with medicines.

However, two weeks later, one of the pedicle screws misplaced at L5/S1. To fix that, she was operated on again after which there was steady recovery. But in December 2020, she was admitted again for nerve root pain and a fresh scan revealed the failure of an implant at S1. She was again operated the third time to fix it.

Again there was a migration of screw at S1 and was advised a redo surgery for the fourth time. But the family refused it and started looking for options abroad. That’s how they got in touch with MediGence for the required support.

After getting in touch with the family to take a note of her medical history, the patient advisory team at MediGence discussed the case with some of the most experienced neurosurgeons in Istanbul, Turkey.

Ms. Oretha was suggested to undergo cannulated screw surgery with cementation. Out of all the options proposed, the family decided to go ahead with the neurosurgeon at NP Brain Istanbul Hospital.

The next challenge that faced the family was the safe transfer of Ms. Oretha from the Ivory Coast to Turkey. Since she was completely bedridden, she had to be transferred on a stretcher from the hospital and even for the entire flight duration until she is finally admitted to the hospital in Istanbul.

MediGence coordinated with the family to make it possible. Communication was established with the airlines to discuss the requirements for the safe transfer of Ms. Oretha from one hospital in the Ivory Coast to another hospital in Turkey. A medical information form was filled and submitted while it was confirmed by the airlines after discussions on how the entire transit would take place.

After all the arrangements were confirmed, the family gave a go-ahead for the reservation for Ms. Oretha and her daughter, Ms. Adda Aridi. The advisory team at MediGence share the list of documents that were required to be carried and the COVID-19 protocol for the country so that there are no hiccups on arrival.

She was picked up from the airport directly in an ambulance and taken to the hospital for admission. The COVID-19 PCR test followed.

Her consultations and investigations started immediately after the PCR test. A fresh MRI scan was done to reconfirm the issue with the previous screws. Within 4 days of their arrival, once the diagnosis was confirmed, Ms. Oretha’s surgery was planned.

The surgery went successful and after a long gap of about 4 months, Ms. Oretha was able to walk! She was discharged from the hospital within 5 days of the surgery after receiving preliminary sessions of physiotherapy.

However, after 3 days of discharge, Ms. Oretha suffered from pain again. MediGence was made aware of the situation by Ms. Adda. The team coordinated further and she was picked up in an ambulance for a visit to the hospital. She was admitted again for 2 days for observation. It was realized that she has been putting too much stress on her spine by walking and was thoroughly counseled about the rehabilitation plan.

She was discharged again and continued to attend physiotherapy sessions at the hotel for the rest of her days in Istanbul. Slowly and gradually, she was able to walk by herself, without any support, after a long gap of about 4 months.

Ms. Oretha and Ms. Adda finally returned to Liberia after having spent about a month and a half in Istanbul. The family is extremely grateful for the service rendered by MediGence for the entire coordination from the pre-travel stage to the time they finally returned home and for rendering all the support that was required to make Ms. Oretha walk again in her life. 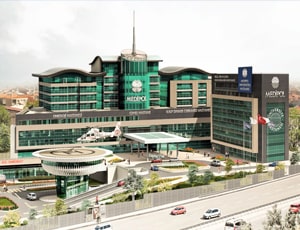 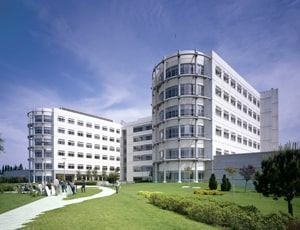 Established in 2005 on the outskirts of Istanbul, Anadolu Medical Center is one of the premier healthcare destinations in Turkey for the treatment of a variety of medical conditions. Anadolu is a multi-speciality hospital.

Anadolu Medical Center boasts of quality healthcare standards, state-of-the-art infrastructure and latest research and development in the field of medicine. For the same purpose, the hospital has collaborated with John Hopkins Medicine in 2002 t... Read More 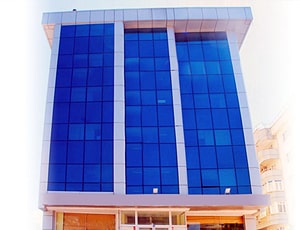 The Çanakkale Anadolu Hospital started its services in the year 2006. The hospital was named as Medical Park Çanakkale Hospital in December 2019. The hospital is one of the largest hospitals in the region providing world-class treatment facilities to the patients of the region. It is the only private hospital in the province. Despite the huge patient turnover, the effective management system, experienced and trained medical and paramedical ... Read More