There are four main ligaments found in the knee. These ligaments keep the knee joint in position and help in keeping the knee stable. One of the important ligament of the knee is the Anterior Cruciate Ligament (ACL). Another cruciate ligament is known as Posterior Cruciate Ligament. Both the ligaments cross each other in the form of “X”. Anterior Cruciate Ligament provides rotational stability to the knee. It helps in controlling the excessive motion and limits the motion of the knee to a particular degree. Most of the force of Anterior Cruciate Ligament is used to restrain the anterior tibial displacement. It is to be noted that because of its restraining effect, it is the ligament having a higher risk of injury. Rotational stability by ACL is obtained through restraining tibial rotation and tibial translation. A patient, Mr. Nickesh Savjani, was also advised for ACL reconstruction surgery. Read on to know how Team MediGence assists him with high-class healthcare facility keeping in mind his priorities. 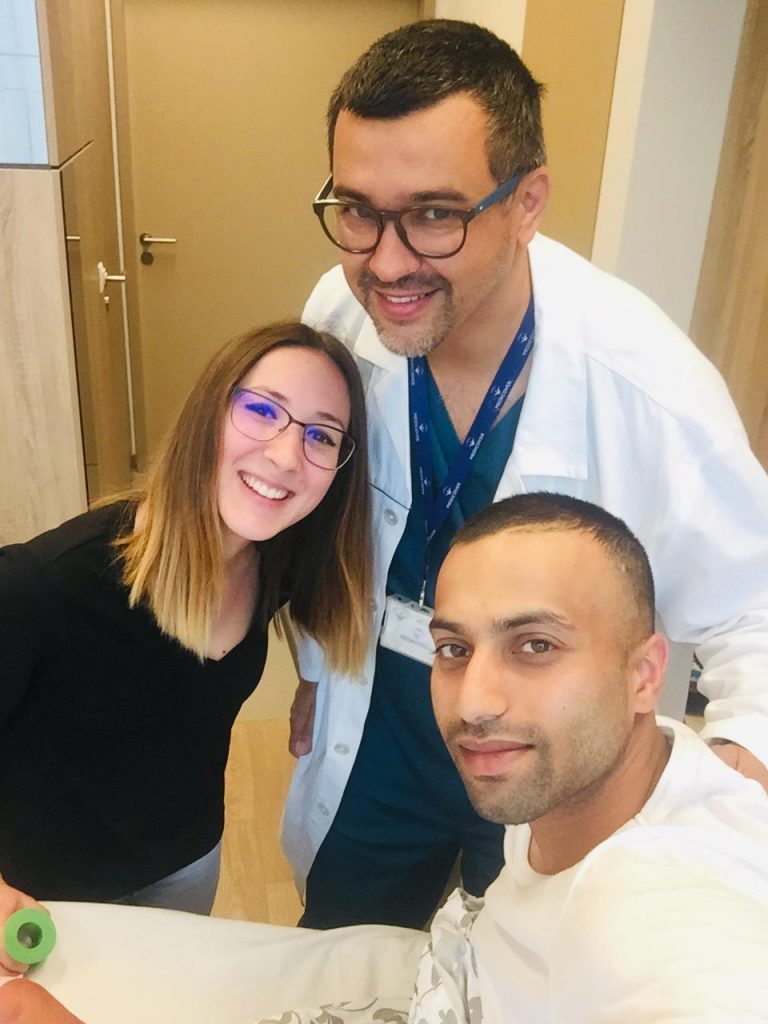 ACL reconstruction surgery was advised to Nickesh Savjani. The main symptoms due to Anterior Cruciate Ligament injury experienced by the patients include pain and discomfort. The patient was looking for the ACL reconstruction surgery done as soon as possible. His primary requirement was that being a citizen of UK he was interested in having the surgery in the countries the nearby UK so as to save the time of travel and also to perform his surgery as soon as possible. He filled the inquiry form for his requirement related to ACL surgery. The team at MediGence, on receiving the inquiry form, swiftly came into action. Hungary was the best country, which team MediGence had chosen for Mr. Savjani. The reason being it is near to the UK and ACL reconstruction surgery performed in Hungary is at par with developed countries. Team MediGence has left no stone unturned to provide the best advice for ACL reconstruction surgery in Hungary. Mr. Savjani was provided with comprehensive details related to hospitals that have state-of-the-art medical facilities for performing ACL reconstruction surgery and surgeons who are highly experienced for conducting such surgeries with great ease and high success rates. Further, post-surgical monitoring through advanced technology was another point in the mind of team MediGence which is required for accelerated recovery.

With the help of detailed information provided by team MediGence, Mr. Savjani decided to undergo surgery at Medicover hospital in Hungary. The hospital has ultra-modern facilities for surgery and post-surgical monitoring. Dr. Péter Sándor Kovács, who does 80 ACL surgeries per year, was to perform the ACL reconstruction surgery of Mr. Savjani. The patient arrived at Hungary on 26th May 2019 and was totally under the guidance of team MediGence. Surgery of Mr. Savjani was successfully completed. The patient was very happy with the services provided by the hospital and was very much impressed by the surgical precision of Dr. Péter Sándor Kovács.

After the surgery was done Mr. Savjani was kept under monitoring to look for his vital parameters. The patient stayed back for two days for follow-up visits at the hospital and to get evaluated for any complications related to surgery. Fortunately, everything was fine, and surgery was successful. Mr. Savjani returned to the UK on 30th May 2019 and on the advice of Dr. Péter Sándor Kovács, Mr. Savjani is under physiotherapy. Team MediGence wishes a speedy recovery to Mr. Nickesh Savjani.