Anterior cruciate ligament (ACL) injury is one of the most common orthopedic injuries. It most commonly affects the physically active people, especially athletes and gym goers. ACL Reconstruction Surgery in India has become one of the most sought-after treatments throughout the world.

Anterior cruciate ligament (ACL) injury is one of the most common orthopedic injuries. It most commonly affects physically active people, especially athletes and gym-goers. ACL Reconstruction Surgery in India has become one of the most sought-after treatments throughout the world.

ACL is one of the ligaments in the knee. It is one of the two cruciform ligaments. It is estimated that the US alone reports more than 100,000 ACL tears every year. The tear usually takes place due to a random or sudden change in the direction, which causes the knee to turn inwards.

Thousands of football, soccer, and basketball players suffer from ACL injury across the world every year. Such was the case of 28-year-old Keagen Zulu, who plays for a football club in Zambia.

Keagen Zulu is a professional soccer player. He suffered from an ACL rupture in May 2017. An X-ray was done, which confirmed partial ACL tear.

As in the case of partial ACL rupture, patients mostly rely on strengthening and physical therapy. It is one of the non-operative and non-invasive ways to treat an ACL injury. However, it only works in the case of minimal tear of the ACL. Considering this, Keagen was put on physical therapy for a few months. However, it did not seem to work for him.

Because the only doctor in Zambia who used to conduct ACL repair surgeries confirmed non-availability of the equipment to conduct it this time around, Keagen’s physiotherapist, Mr. Nimrod, started to look for treatment options abroad.

This is when he got in touch with MediGence. The first communication took place back in 2017. The Patient Care team from MediGence took all the details from Nimrod and confirmed to them that Keagen would need a surgical repair and reconstruction of the ACL.

About the Patient’s Medical Condition (Pre-treatment)

Keagen tried strengthening exercises and physical therapy for a couple of months. However, there was no improvement in pain and mobility at all. He was unable to play soccer and therefore, he was kept on the bench for more than a year.

Being a professional soccer player, sitting on the bench for more than a year was disheartening for Keagen. Considering the fact that he has got a complete career ahead of him, Nimrod decided to relieve Keagen off of the pain and took the big step to take him to India to get the surgery done.

Nimrod and the Patient Care team at MediGence have been in touch for more than a year when he finally decided to travel to India for Keagen’s surgery.

The treatment decision was delayed due to a few internal matters at the end of the football club. Nimrod and Keagen struggled to get the approvals for the surgery, which was finally given considering the fact that the player will have a great career ahead once he is back on the field after the surgery.

Despite the internal delays, Nimrod and the Patient Care team kept in touch throughout. It was in November 2018 that Nimrod finally confirmed that Keagen’s travel has been approved and he is finally ready to undergo the surgery.

Out of all the given options, Nimrod selected Aakash Healthcare in Delhi NCR for the surgery under the supervision of Dr. Ashish Chaudhary.

Keagen and Nimrod reached India on November 18, 2018. They will return back to Zambia on December 02.

Keagen was admitted to the hospital for all the investigations on the next day of his arrival. An MRI and all routine blood investigations were conducted before the planning of the surgery.

Keagen was made to walk a bit with the help of a walker on the next day of the surgery. The physiotherapist made a regular visit for exercise sessions until Keagen was discharged.

A complete schedule of physiotherapy was given to Keagen for the following week. An hour-long session is planned for him every day at the hospital. He has been advised to stay away from sports and attend physiotherapy regularly for at least two months, after which he is expected to successfully hit the field again. Keagen is feeling much better than before already. Team MediGence wishes him a speedy recovery and a great career ahead as a soccer player. 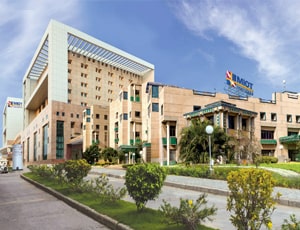 The Madras Institute of Orthopedics and Traumatology

In 1999 Padmashri Prof. Dr. P. V. A. Mohandas established the Madras Institute of Orthopaedics and Traumatology (M.I. O.T), he had only one thing in mind: “Medicine is not a trade; it is a calling where the physician thinks not only with his head but also with his heart.” As the name suggests, we started as an Orthopedics and trauma care facility. However, soon we realized the need of our patients and decided to expand ourselves into a multi-disciplinary healthcare facility. With... Read More 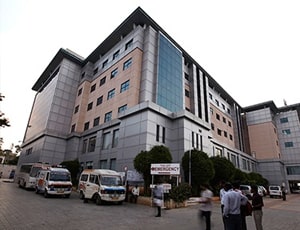 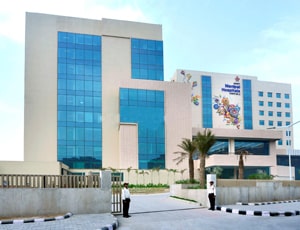 The seeds of the prestigious Manipal institute were sown as early as 1953 when the founder of Manipal Group established the Kasturba Medical College in Manipal, Mangalore. Manipal Hospitals was established in 1991 with the launch of its massive 650 bedded flagship hospital in Bangalore. Manipal Hospitals is one of the largest and leading chains of hospitals in India. 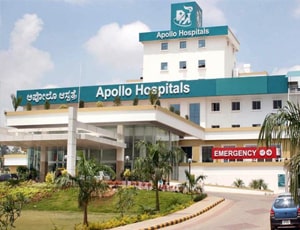 First of its kind in South India, Apollo hospital in Bangalore is a delineated name among the Apollo chain of Hospitals. It is proud to have the state of the art armamentarium equipped with the right technologies under a single roof. After undergoing an extensive process of assessments the medical experts and doctors have been selected who have undergone trainings in international medical bodies around the world.