Breast cancer is a stigma among a large part of the population still today. To raise breast cancer awareness through education on treatment and symptoms of breast cancer, the pharmaceutical division of Imperial Chemical Industries joined hands with the American Cancer Society to promote the idea of Breast Cancer Awareness month in October that was initiated in 1985. Since then, October is commemorated with activities and workshops organized to support individuals suffering from the disease and disseminate information about breast cancer.

The pink ribbon is synonymous with the Breast Cancer awareness month encouraging promoters from lengths and breadths of the globe to wear the ribbon during this month to express their advocacy for the cause. Throngs of fundraising marches of supporters are witnessed on this day, wearing the pink ribbons in stride for a cure and prevention of the disease. 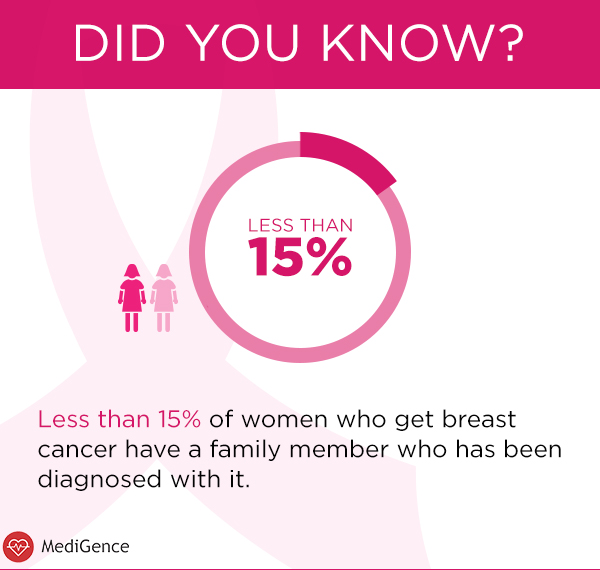 Studies suggest women living in industrialized areas high on air and water pollution are likely to develop breast cancer twice as much as those living in areas with clean air. The presence of nitrogen dioxide in polluted air, created by automobile gasoline and burning fossil fuels, accelerates the chance of developing cancer by 20 percent in women residing in areas with higher nitrogen dioxide concentration.  It should, however, be noted that prevention is cheaper than the cost of curing. The society should exercise pollution regulation measures to curb on health care expenses.

Early detection of breast cancer is the key in the treatment and cure of the disease. The predicament is that there is, sometimes, no way of knowing whether you have breast cancer, while the disease may have spread and worsened. Once it has reached the third or last stage, symptoms start to appear. In all probability, regular breast screening could only help in the prevention of breast cancer successfully.

Read out these tips for early detection of breast cancer:

Aside from the above-mentioned tips to detect breast cancer at an early stage, you should be aware of the following risk factors specifically linked to the disease. They include:

If you notice or suffer from any of the above factors, consult your doctor right away. Know these prevention tips to combat the disease.

How to prevent breast cancer?- The Tips

What are the Treatments available for Breast Cancer?

Stage 0– cancer at this stage is non-invasive and is confined within the milk duct. Also known as Ductal Carcinoma in Situ (DCIS), it means that cancer has not spread outside the breast, although there are chances of its spreading. Treatment options include breast-conserving surgery and mastectomy.

Stage 1– This type of cancer is relatively small and has either spread to a tiny area in the sentinel lymph nodes or have not spread to any lymph nodes. Treatment for breast cancer stage I includes radiation therapy and surgery, the option in which is decided by the doctor.

Stage 2– This is a little advanced than stage 1 cancer and has only spread to a few close lymph nodes. Treatment options are the same as stage 1 that include surgery and radiation therapy.

Stage 3– This is a more serious stage wherein tumors have grown larger and have spread to the nearby tissues or lymph nodes. Only radiation therapy and surgery are the available treatments.

Stage 4– Also known as metastatic breast cancer, it is the one that has spread outside the breast area in the lymph nodes and in other parts of the body as well. The treatment involves a systematic (drug) therapy.

In India, the cost of chemotherapy per cycle starts at an approx. US$930 that may go up to an approx. US$15,000. Targeted therapy would cost approx. US$31,000 for five to six sessions. As for radiation therapy, it costs US$2,400 per cycle. A total mastectomy would cost an approx. $22,000, while it would cost US$4,400 in India. Remember, the total cost varies, depending upon the hospital you choose, doctors’ feeds, accommodation, etc.

According to US breast cancer statistics 2017, about 30% of the diagnosed cancers will be breast cancer in women. It has been found that there have been more than 1.7 million new cases in 2012, the number of which is likely to shoot up. Women in developed nations have a higher risk of developing the disease than those living in developing countries. What’s alarming is that there is about one case in every 3000 pregnant women who develop breast cancer each year.

If you have any concerns or queries for your friends, Family Members, or yourself do send us the same at [email protected] If you feel that there is cause for concern, do visit a doctor near you to seek help and advice on the same. If you wish to go for the Second Opinion of your diagnosis for confirmation or other purposes you can go for our Second Opinion Service.

We request any and ever women over the age of 35 to get a simple Mammogram checkup this Breast Awareness Month, and spread the word.

Introduction Hailing from a small village in Ghana, Gladys Appiah, a woman of 34 years of age, has been suffering from eye problems for

The patient named Uday Basnet, aged at 35, and a citizen and an individual with his home town at Nepal, was diagnosed with mild discomfort and headaches and seizures and then was finally diagnosed with cavernoma.

Deborah from Nigeria Gave Birth to a Beautiful Baby in Dubai