A dramatic reduction in cervical cancer occurrence is primarily due to the widespread use of advanced screening tests such as pap tests to detect cervical abnormalities and allow for early treatment.

Where does cervical cancer take place?

Under normal circumstances, the ectocervix is covered with flat, thin cells called squamous cells and the endocervix is made up of another kind of cells called columnar cells. The area where these cells meet is called the transformation (T) zone. The T zone is the most likely location for cervical cancer cells to develop.

A majority of cervical cancer cases occur because of a virus called human papillomavirus (HPV). HPV is a sexually transmitted virus. It can transfer through  contact with an infected male partner.

There are many types of the HPV virus and not all types of HPV cause cervical cancer. Some of the HPV may cause genital warts. Some other cervical cancer risk factors include smoking, weak immune system, oral contraceptives, and multiple pregnancies.

Before the treatment, the doctor you are consulting is likely to order a few tests to confirm the diagnosis and a treatment plan. 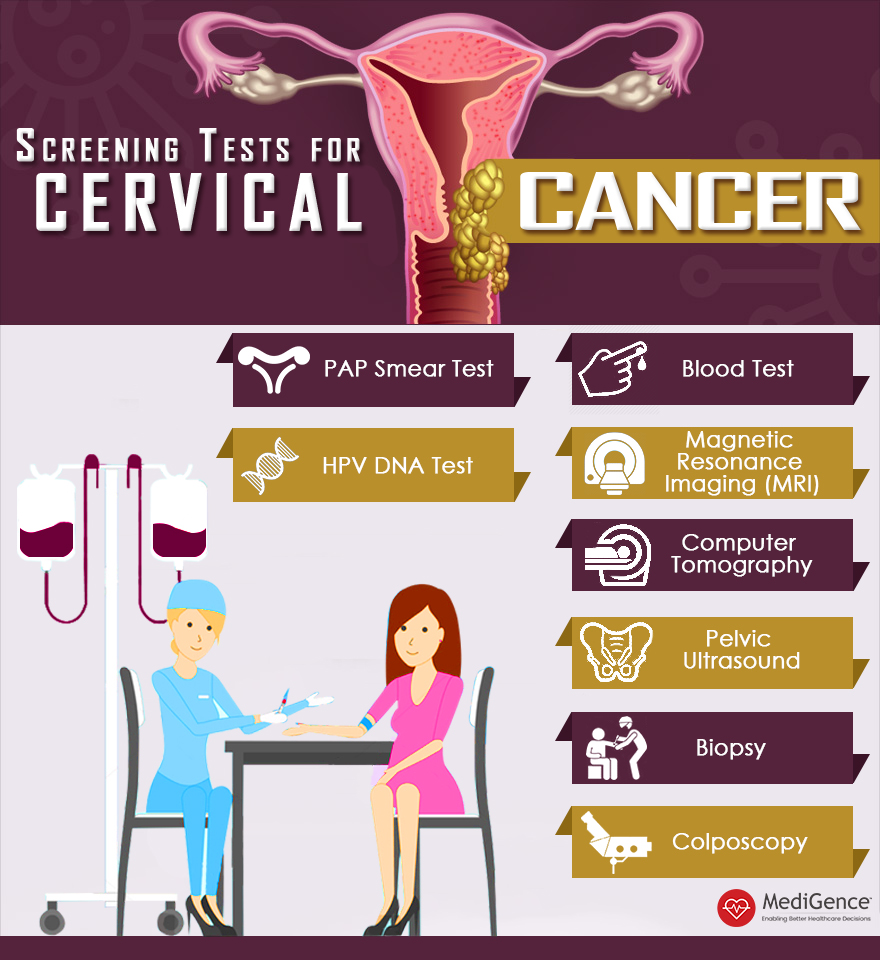 Once the diagnosis is confirmed, the doctor prepares a treatment plan and will eventually share it with you. He or she will conduct a thorough physical examination prior to surgical treatment. You will also be required to undergo a pelvic exam prior to treatment. During the pelvic exam, the doctor inserts two lubricated and gloved fingers inside the vagina to check for lumps and growths in the uterus. It helps to identify the size, shape, and exact location of the cancerous growths.

How it is Performed

Cervical cancer that is confined to the cervix has good success rate if treated on time. The farther the cancer cells have metastasized, the lower the success rate tends to be. The selection of a cervical cancer treatment option depends on the stage, size, and depth of invasion of cancer, as well as the patient's age and overall health status.

The most common cervical cancer treatment options include:

This is more of a preventive treatment option. Getting sexually-active women enrolled in an HPV vaccination program can substantially reduce cervical cancer rates.

Cervical cancer surgery can be used to remove cancer cells from their place of origin and the surrounding tissues. The common types of surgery used for cervical cancer treatment include:

In this type of cervical cancer surgery, the surgeon removes the uterus along with the tissues next to the uterus. The upper part of the vagina next to the cervix can also be removed. However, the ovaries and the Fallopian tubes are not removed unless there is any other medical reason to do so.

In this kind of surgery, the surgeon removes the cervix and the upper part of the vagina, but not the body of the uterus. This surgery allows women to be treated without losing their ability to have children.

This treatment for cervical cancer makes use of high energy X-rays or radioactive particles to destroy cancer cells. Radiation therapy may be given as external beam or as internal radiation (brachytherapy) to the pelvis.

Cytotoxic drugs are effective in killing cancer cells but, it also damages some normal cells, which can lead to certain side effects. These side effects depend on the type and dosage of the drugs.

Recovery after cervical cancer treatment may take a long time, but you will be relieved that cancer has been removed. You will be required to make regular follow-up visits to the doctor for the first few years. The doctors will check your recovery and any signs of cancer coming back with the help of PAP smear and certain blood tests.

You will be advised to undergo a physical exam every three to six months initially and every six months for a few years. Since you no longer have the cervix, the cells samples for PAP smear test will be taken from the upper part of the vagina.

You must take the following steps to minimize your risk of cervical cancer recurrence:

Q: What is the success rate of cervical cancer treatment?

Q: Can you die from cervical cancer?

Q: What are the symptoms of advanced stages of cervical cancer?

Q: How much does it cost to treat cervical cancer?

A: Cervical cancer treatment cost varies from one country to the other. It depends on several other factors such as the type of treatment modality used, the number and type of tests conducted, hospital charges, and the experience of the surgeon.

This multispecialty hospital was established in 2007 and is the first hospital to be JCI and NABH ac...

Among hospitals in Bangalore one of the leading healthcare delivery providers is Fortis Bangalore. I...

One of the largest multi super specialty hospital located in the busy Gurgaon city, Medanta hospital...