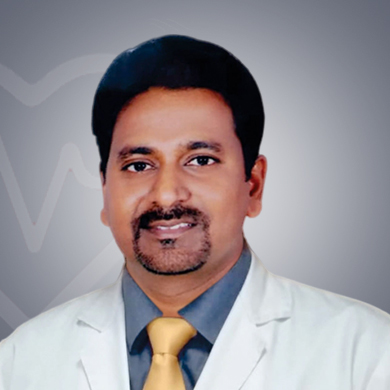 Dr. Gangadhar Vajrala is one of the finest Cancer Specialist in India. He is an experienced Surgical Oncologist in the India. The Medical practitioner has been associated with various reputed hospitals in the India. The physician is currently working as a Oncologist, Star Hospitals, India. The doctor is a well-reputed and sought after medical expert and is

qualified. Dr. Gangadhar Vajrala has been associated with many hospitals over the course of his illustrious and experienced career.

Dr. Gangadhar Vajrala has more than of clinic experience. The Clinician specializes in and performs the following surgeries:

Stomach cancer, also known as gastric cancer, is the fifth most common cancer worldwide. This disease is a result of the growth of cancerous and malignant cells in the inner lining of the stomach.

Stomach cancer does not grow overnight as this disease usually grows slowly over many years. Some pre-cancerous changes take place before true cancer actually develops. But these early changes rarely result in any symptoms and therefore, often go undetected in the early stage when it is most easy to treat it.

Gastric cancer can grow through the wall of the stomach and invade nearby organs. It can easily spread to the lymph vessels and lymph nodes. In an advanced stage, it can travel through the bloodstream and spread or metastasize to organs such as the liver, lungs, and bones. Usually, people diagnosed with stomach cancer have either experienced metastasis already or eventually develop it.

Stomach cancer should not be confused with other cancers in the abdomen or esophageal cancer. Some other cancer can also occur in the abdomen, including cancer of the large and small intestine, liver or pancreas. These cancers may have different symptoms, outlook, and options for treatment.

Some of the common types of gastric cancer include:

Some other types of stomach cancers include squamous and small cell carcinoma and leiomyosarcoma. These cancers are very rare.

There can be several early stomach cancer symptoms. However, the signs of stomach cancer could be present because of some other underlying condition as well. Unfortunately, this is the main reason why it is difficult to make stomach cancer diagnosis at an early stage.

Some of the early stomach cancer symptoms may include:

But just experiencing indigestion or heartburn after a meal does not really mean that you have cancer. Although, if you experience these symptoms a lot, talk to your doctor, who can decide whether to conduct further tests or not.

As advanced gastric cancer grow, you may experience more serious signs of stomach cancer, including the following: