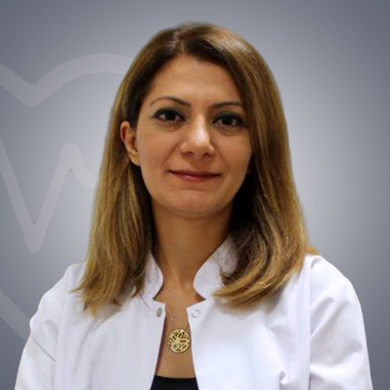 qualified. Dr. Yesim Yildirim has been associated with many hospitals over the course of his illustrious and experienced career.

Dr. Yesim Yildirim has more than 20 Years of clinic experience. The Clinician specializes in and performs the following surgeries:

Chemotherapy is a category of standardized drug administration of various types for the treatment of cancer. With a curative intent, some combinations of drugs are administered to a patient to prolong their life and also to bring about a reduction in the symptoms shown by the patient. Chemotherapy treatment is considered to be one of the major categories of medical oncology. Many people around the world are prescribed to undergo chemotherapy treatment instead of undergoing a surgical procedure. But many are frightened with the side effects of this treatment as it is believed to reduce the quality of life of the patients.

Chemotherapy is a procedure where non-specific intracellular poisons are used, which are specifically related to preventing the process of mitosis or the natural cell division of the cancerous cells. This technique rather excludes those agents that are responsible for selective extracellular growth signal blockade (signal transduction blockers). If spoken about these agents used in chemotherapy, it has been found that most of them are cytotoxic in nature due to their property of interfering with natural mitosis. However, the cells of cancer can differ widely in terms of showing susceptibility to these administered agents.

Chemotherapy can be defined as a way of mass destruction of stress cells, which would eventually lead to the death of the cells when apoptosis is initiated. The commonly known side effects of chemotherapy can be traced back to the process of damaging normal non-cancerous cells, which are in the process of rapid division. They are sensitive to anti-mitotic drugs that are being administered to the patient and such cells may include the cells of the hair follicles, digestive tract lining, and bone marrow. But nowadays treatment options have undergone a lot of modification by which these side effects can be well countered.

Various options of drugs are available to treat different types of cancer including the following:

Alkylating agents: These kinds of agents prove to be extremely beneficial during the cell’s resting phase. The various kinds of alkylating agents that are employed in chemotherapy treatment include the following:

Nitrosoureas are unique from the rest for choices in chemotherapy treatment due to their ability to cross the blood-brain barrier and treating tumors of the brain.

Plant alkaloids: Plant alkaloids employed for chemotherapy treatment are derived from plants.  These include vinca alkaloids, taxanes, podophyllotoxins, and camptothecan analogs. The plant alkaloids are cell cycle specific agents, which enables them to attack the dividing cells in various stages of their division cycle.

Antimetabolites: This kind of chemotherapy treatment involves substances that are similar in composition to the normal substances present in the cell. When these substances get incorporated in the process of cellular metabolism, then the cell is no longer able to divide. They are also cell cycle specific and can be classified further according to the substance in the cell with which they interfere.

Get a Priority Appointment with
Dr. Yesim Yildirim