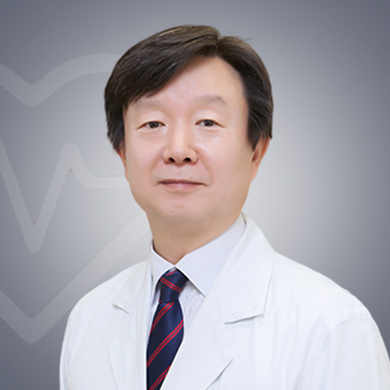 qualified. Dr. Jae Joong Kim has been associated with many hospitals over the course of his illustrious and experienced career.

Dr. Jae Joong Kim has more than 25 Years of clinic experience. The Clinician specializes in and performs the following surgeries:

A Bentall procedure is a surgery conducted to correct problems associated with the largest artery in the body, the aorta. The aorta carries oxygenated blood from the heart to the rest of the body. Thus, any problem with this important artery may affect the rest of the body and cause serious complications.

A Bentall operation is conducted to correct problems associated with the aorta. Some of the problems that are resolved with the help of a Bentall surgery include the following:

In the United States Coronary artery bypass graft which is a common kind of an open heart surgery if found to be executed in good numbers. Cardiothoracic surgeons are the doctors who are involved in performing the procedure on the concerned patients. This kind of procedure is very appropriate for coronary heart diseases which can become a life-threatening issue later.

substance called plaque hets deposited in good amount in the coronary arteries of the heart, they supply oxygen to the heart. With time the plaque starts hardening and eventually ruptures and breaks open. This plaque interferes with blood flow as arteries grow narrow at that region. A blood clot develops when the plaque ruptures open on the surface.  The artery gets blocked if the blood clot developed is very large. This can be the cause of heart attack in a later stage becoming the cause of a life risk.

When the heart gets deprived of rich oxygenated blood there is chest pain and discomfort felt by the patient. This pain is referred to as angina. Breathlessness and fatigue are some of the other kinds of problems that are associated with coronary heart disease. In worse case scenario a heart attack which can be life-threatening may affect the patient severely

Heart valve diseases occur due to improper functioning of the valves. Sometimes a valve does not open or does not close proper. In this condition, the blood does not flow properly and requires valve replacement. The important valves present in human body are aortic valve, mitral valve, tricuspid valve and pulmonary valve. If a valve cannot be repaired, then a heart valve replacement surgery is performed.

Heart valve replacement surgery is the replacement of heart valves with artificial valves or bioprosthesis. It is an alternative treatment to valve repair.

Coronary artery bypass grafting (CABG) is a type of an open heart surgery that intends to improve the flow of blood to the heart. It involves the placement of a coronary artery bypass graft, which is retrieved from a healthy artery in the body, and placed in the position of the blocked portion of the artery that supplies blood to the heart. CABG surgery is a complex, yet common procedure.

A waxy substance called plaque may deposit in good amount in the coronary arteries of the heart over a period of time. As time advances, the plaque starts hardening and eventually ruptures and breaks open. The plaque interferes with blood flow as arteries grow narrow at the affected region. A blood clot develops when the plaque ruptures. The artery may get blocked completely is the size of the clot is big enough to stop the flow of blood to the heart. This may eventually lead to serious events such as heart attack and also put the individual at the risk of death.

The person may experience chest pain and discomfort when the heart is deprived of rich oxygenated blood This pain is referred to as angina. Breathlessness and  fatigue are some of the other problems associated with coronary heart disease.

How does CABG improve the heart condition

Most often, it is the mitral and the aortic valve that undergoes certain pathologic changes due to degenerative valve diseases, rheumatic heart diseases, or infective endocarditis. This may result in problems associated with the valve opening and closure.

The heart valves present in the heart are responsible for permitting the flow of nutrient-laden blood through the heart chambers. After allowing the ushering of blood, each valve is expected to close completely. The diseased or damaged valves are not able to open and close properly, thus allowing the mixing and backflow of blood (regurgitation).

Some of the causes of heart valve disease include the following:

Some of the symptoms of valvular heart disease include the following:

In the case of mechanical valves, the components used are not of organic or natural origin. They are created from a combination of polyester and carbon material that the human body can tolerate and accept. Blood-thinning medications are given to patients who get mechanical valves to prevent blood clot formation.

Bioprosthetic valves or the biologic valves are either created from animal or human tissues and can be of the following types:

The choice of a particular type of valve depends on the age, overall fitness, and the ability to metabolize anticoagulant medications. The only problem associated with a bioprosthetic valve is that it may not last a lifetime and one may have to undergo a replacement again later.

Heart Port surgery is a minimally invasive technique used to conduct major heart surgeries, including heart valve replacement and cardiac bypass. During this surgery, instead of cutting through the sternum of the rib cage to access the heart, the surgeons make several small incisions between the ribs of the patients.

Heart port procedure was initially performed under direct vision. However, with advancements in medical technology, it is now possible to conduct a heart port surgery with the help of robotic or self-possessed technology. This minimally invasive heart surgery technique has several advantages over open surgery, For example, it results in quicker recovery, fewer complications and bleeding, and the incisions heal fairly quickly.

Heart port surgery may or may not involve the placement of a port that includes different catheters and cannulae components. Such advanced medical port allows for single-step cannulation and arterial return. It also provides right heart decompression, retrograde cardioplegia delivery, and percutaneous venous drainage without affecting the view of the surgical field.

Heart port surgery cannot be used to conduct all types of cardiac procedures. However, it has been most extensively used to conduct valve replacement and atrial septal defect closure.

A heart transplantation is required in patients with a diseased heart. It is often recommended to patients whose heart function does not improve even after surgeries and continuous and prolonged use of medications. During the heart transplant procedure, the diseased heart is replaced with a fully functional heart. The heart used for replacement is retrieved from a patient who is brain-dead but is still on a life support system.

Heart transplantation surgery is often coupled with the transplant of some other organ in patients with specific conditions. These organs may include kidney, liver, or lung, depending on the condition of the patient and the ailment he or she is suffering from. Not every heart patients, however, is eligible to undergo the heart transplant surgery. Patients with a previous history of cancer, a major illness that would anyway shorten their lifespan, active infection, advanced age, or unhealthy lifestyle habits are not recommended to undergo heart transplant surgery.

In order to understand the holes in heart we must briefly understand the working of the heart. The heart works like a pump beating on an average of 100,000 times in a day. It has two sides which is divided by a wall called septum. The right side of the valve pumps blood to the lungs and picks up oxygen. The oxygen rich blood then returns to the left side of the heart from the lungs and then the left side pumps it to the rest of the body.

These two sides are divided into 4 chambers having four valves connecting them to various blood vessels. For carrying blood from the body to the heart, veins are responsible while arteries carry the blood away from the heart to be circulated to the body. The atria are two upper chambers that collect blood while ventricles are the two lower chambers pumping the blood to the lungs and other parts of the body.

The valves act like doors allowing flow of blood through the next chamber to arteries and then they close to keep the blood from again returning back to the previous chamber from where it came. In a systolic contraction ventricle pump blood from the heart and in a diastolic contraction the ventricles relax to receive blood pumped by the atria while aortic and pulmonary valves close at the beginning of the diastole to prevent the chances of backflow.

Get a Priority Appointment with
Dr. Jae Joong Kim