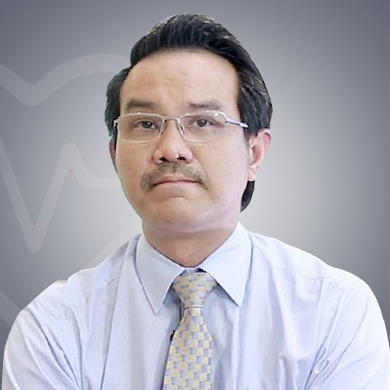 Prof.Dr. Art Hiranyakas is an academic colorectal surgeon and is one of the most reputed colons and rectal in the Asia-Pacific. He has finished his advanced surgical training from National University Hospital, Singapore in 2004 and continued his advanced laparoscopic collateral surgery from Queensland, Australia in 2007. Then onwards he did his certification in robotic colorectal surgery from the University of California, USA. Along with these, he did his certification in advanced colorectal endoscopy from Showa, Japan during 2005, which makes him a unique expert in diagnostic and therapeutic colonoscopy.

He has performed over 900 colorectal surgeries across a broad range of procedures and disorders, making him a name to rely on in his field of work. Along with that, his contributions to the academic world has been unprecedented, where he has published a number of papers and chapters under Prince of Songkla University, James Cook University, and other academic institutions.

What is colon cancer?

Some types of polyps can change into cancer over the course of several years. But it does not mean that all polyps have the tendency to become cancerous. The chance of changing a polyp into colorectal cancer depends on the type of polyp that grows.

Colorectal cancer can affect men and women equally. However, studies have proven that men might develop it at a younger age.

There are no early signs of colorectal cancer, but once it grows, the patients may experience the following colon cancer symptoms: