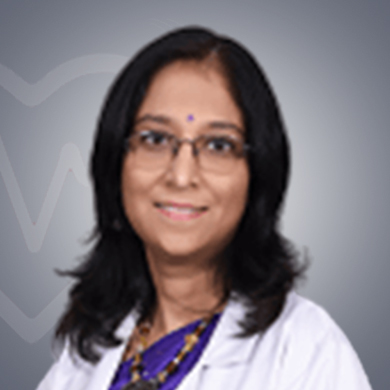 qualified. Dr. Manisha Chakrabarti has been associated with many hospitals over the course of his illustrious and experienced career.

Dr. Manisha Chakrabarti has more than 18 Years of clinic experience. The Clinician specializes in and performs the following surgeries:

Balloon Atrial Septostomy is a procedure performed primarily for children and infants. It is a procedure where a small hole is made in the wall between the left and right atria of the heart. The hole is made using a cardiac catheter. Atrial Septostomy reduces the pressure on the right side of the heart, allowing the heart to pump more efficiently. This improves blood flow to the lungs. It is often performed on children with transposition of the arteries. It helps in receiving oxygen-rich blood throughout the body. It is also performed to treat congenital heart defect known as Hypoplasic left heart syndrome where the left side of the heart is severely under-developed.

Patent ductus arteriosus (PDA) is a heart disorder first diagnosed or observed during the first few weeks or months of the surgery. This condition is characterized by the persistence of a normal fetal connection between the pulmonary artery and the aorta, which may allow the flow of some of the oxygenated blood back to the lungs instead of the body.

This connection is naturally present in the fetus during pregnancy. It is, in fact, present at the time of birth as well But it closes off on its own within a few days.

As soon as the baby is born, the lungs take over the functioning of the connection and start purifying the blood. The problem arises when the connection does not close on its own within a few days after the birth. This condition is known as PDA.

The exact reason why DA remains open (patent) is some infants is still unknown. However, girls are twice as likely to suffer from PDA as boys. Additionally, PDA may occur in combination with other heart defects as well.

PDA, if left untreated, may lead to a number of complications. Because of the flow of oxygenated blood from the aorta to the pulmonary artery and the mixing of blood, the vessels of the lungs have to handle a large amount of blood. The larger the volume of blood that enters the pulmonary artery, the greater they have to cope with the increased pressure. This may lead to long-term damage to the lungs.

PDA may cause no symptoms at all in some children. However, the following are some of the symptoms experienced by a majority of children with PDA: