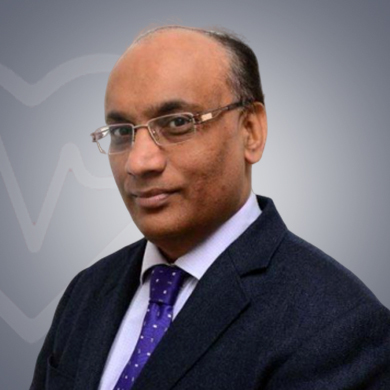 Dr. Rakesh Rajput is an orthopedic surgeon in Kolkata. He has experience of more than 20 years. He is presently working at Apollo hospital, Anandapur as a consultant orthopedic surgeon. He has also been associated with various hospitals during his illustrious career. Such as Franchy hospital and AOC, Bristol as a fellow in the foot and ankle surgery, Weston General Hospital WSM as Special Registrar in Trauma and orthopedics, Musgrove Park Hospital, Taunton, Yeovil District Hospital, Southmead Hospital, British Royal Infirmary as Special Registrar in Trauma and orthopedics. Dr. Rajput completed his MBBS from R G Kar Medical College under the University of Calcutta (India) in the year 1989. Later, in the year 1994, he completed his MS in Orthopedics from the University of Calcutta (India). He also completed his M.Ch. in orthopedics from the University of Dundee, Scotland in the year 1999. Dr. Rajput received a fellowship from the Royal College of Surgeons, Glasgow in the year 1997 and from Royal College of surgeons, Intercollegiate Board in Trauma and orthopedics in the year 2004.

Dr. Rakesh Rajput is highly skilled not only in joint replacement surgeries but also in preserving the joints. He is an expert in performing knee and shoulder arthroscopy, minimally invasive surgery, pelvic osteotomy, managing vascular necrosis, and revision joint replacement surgery. He is an extensively trained orthopedic surgeon with various certification courses such as Foot and Ankle Course from Royal National Orthopedic Hospital, Stanmore, Monoaxial, Hybrid, and Circular Frame Course from Royal National Orthopedic Hospital, Stanmore, and Ankle Masterclass from Avon Orthopedic Centre. He is also equally competent in academics and has taught various medical students about the nuances of orthopedic surgery. He had presented the number of papers, case studies, and delivered lectures in seminars and conferences. He is a member of the British Orthopedic Association and West Bengal Arthroplasty Society.