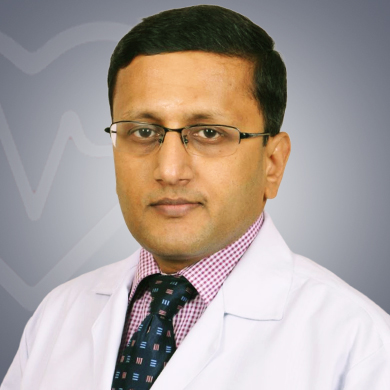 Dr. Narayan Hulse is currently as consultant orthopedician in Fortis Hospital, Bannerghatta Road, Bangalore. He has presented research papers in various conferences and his thesis and research articles are also published in various peer-reviewed journals. Dr. Hulse has a special interest in Arthroscopy of the hip and knee joints, Hip and knee replacements (primary, revision, partial, and computer navigation, Young arthritic hip, dysplasia and impingement, Hip resurfacing and computer-aided hip resurfacing, and Pelvic- acetabular trauma. He has also been awarded the Lupin Gold medal and M. Natarajan Gold Medal for his excellent performance in the final assessment of MS (ortho) course.