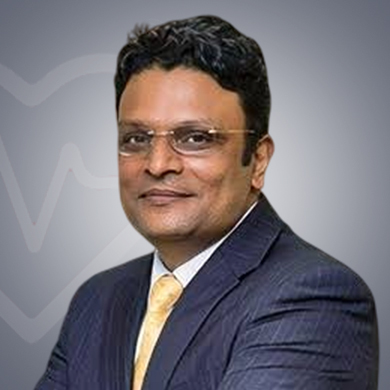 Dr. Basavaraj C M is an experienced orthopedician and joint replacement surgeon in Bangalore. He has a clinical experience of more than 23 years. He is currently providing his services at BGS Global Hospital, Kengeri as Senior Consultant, Orthopedic surgery. He has been associated with various national and international hospitals. He worked at St. Martha’s Hospital as SHO (Trauma and Ortho.), St. John’s Medical College Hospital as Registrar, St. John’s Medical College Hospital as a lecturer, South Tyneside General Hospital UK as SHO (Ortho), Crosshouse Hospital Kilmarnock UK as SHO (Ortho), Stoke Mandeville Hospital & High Wycombe Hospital UK as Registrar, and Harrogate and District General Hospital UK as Senior Registrar. He completed his MBBS from Karnataka Medical College in the year 1993. Later, in the year 1997, he completed his Diploma in orthopedics from Kasturba Medical College. He passed DNB in orthopedics in the year 1999. Dr. Basavaraj was awarded a fellowship from the Royal College of Surgeons in 2006 and 2009. In the year 2009, he was awarded the fellowship in computer-aided lower limb arthroplasty from the UK, and in 2010, he was awarded the fellowship in Joint Replacement (Revision Hip & Knee) from the UK.

Dr. Basavaraj C M is an expert in Computer-Aided orthopedic surgery. He is experienced in performing primary and revision joint replacement surgeries of knee, elbow, hip, and shoulder. Apart from various orthopedic procedures such as fracture stability and fixation, osteotomy, ACL reconstruction surgery, ligament treatment, and minimally invasive surgeries, Dr. Basavaraj is excellent in providing rehabilitation services for the speedy recovery of the patients after surgery. He is actively involved in researches and has written articles on various aspects of orthopedic surgeries. He had also attended seminars and conferences. He is an esteemed member of various organizations such as Indian Orthopaedic association, Bangalore Orthopaedic Society, and Karnataka Orthopaedic association.

Get a Priority Appointment with
Dr. Basavaraj CM