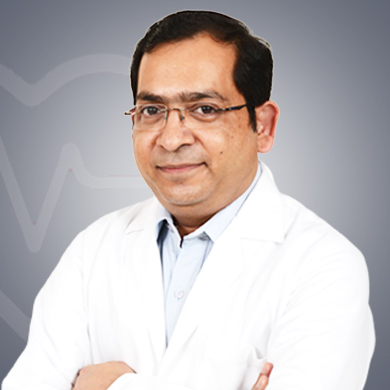 Dr. Anil Kansal has a highly experienced neurosurgeon in the Delhi-NCR region with over 20 years of clinical experience. He is currently the Head and Director, Department of Neurosurgery and Spine Surgery at BLK Super Speciality Hospital, New Delhi. He completed his MBBS from Lala Lajpat Rai Memorial Medical College, Meerut in 1993. Later, he obtained his MS in general Surgery from King George’s Medical College, Lucknow in 1997. Dr. Kansal was awarded M. Ch. in Neuro Surgery by King George’s Medical College, Lucknow in the year 2001. Before joining BLK hospital, Dr. Anil was associated with Fortis Hospital, Max hospital and Maharaja Agrasen Hospital in New Delhi.

The spinal curve looks straight when looking from the front. The normal curved of the spine visualized from the sides are known as kyphosis and lordosis. People with scoliosis develop an additional curve in their spine to five it a C-shaped or an S-shaped appearance.

Scoliosis can affect adults as well as children. However, it is most common in patients aged above 10. Additionally, this condition is more common in girls than boys. A sideways curvature of the lumbar vertebrae is also known as lumbar scoliosis.

The most common test used to diagnosed scoliosis is Adam’s Forward Bend Test. During this test, the doctor asks the suspected patient to bend at the waist with palms touching the floor and knees straight. In this position, any abnormality in the curvature of the spine is clearly visible.

There are no specific symptoms of scoliosis. The appearance of the abnormal curvature of the spine is most often the first sign of scoliosis. The diagnosis of this condition most commonly takes place during an examination at school and college.

In severe cases of scoliosis, breathing difficulty, chest pain, and shortness of breath may appear. Scoliosis is not usually painful. But it can cause neck pain, back pain, abdominal pain, rib pain, and muscle spasms.

Get a Priority Appointment with
Dr. Anil Kumar Kansal