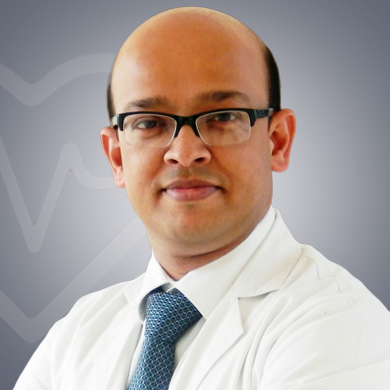 qualified. Dr. Ramdip Ray has been associated with many hospitals over the course of his illustrious and experienced career.

Dr. Ramdip Ray has more than 21 Years of clinic experience. The Clinician specializes in and performs the following surgeries:

A healthy liver plays an important role in the human body. It plays a key role in the absorption and storage of key nutrients and medications and also helps eliminate bacteria and toxins from the blood.

However, a healthy liver may get diseased over a period of time due to many reasons. Patients with the following liver-related conditions are considered for the liver transplant procedure:

Some of the leading reasons that contribute to liver cirrhosis include the following:

The patients with liver disease may experience the following symptoms: