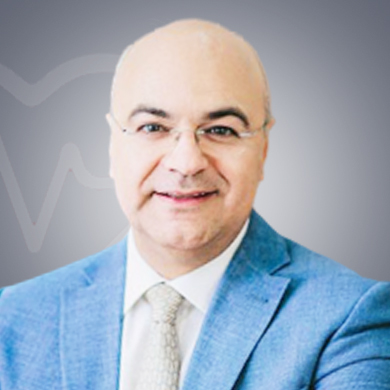 Dr.Archontovasilis Fotios is one of the reputed laparoscopic surgeons in Greece. He is currently the Director surgeon at the Metropolitan General hospital,Greece. In july 1997 ,he obtained his degree in medicine from the National and Kapodistrian University of Athens, School of Medicine.He specialized in general surgery from the 1st Propaedeutic Surgery Clinic, SICU, University of Athens. He is passionate about laparoscopic surgeries and underwent various training including -Training in Advanced Laparoscopic Surgery of the Large Intestine,in France. He has also specialized in Minimally Invasive Endoscopic Surgery, Natural orifice transluminal endoscopic surgery (NOTES) ,Artificial Nutrition (Parenteral and Enteral Nutrition) to state a few. Dr. Fotios is also a  member of the board of directors  for the Hellenic Society of Endoscopic Surgery since 2010

Dr.Fotios is a highly skilled and experienced doctor in the field of laparoscopic surgeries. He was a consultant in the 1st Endoscopic surgery clinic at IASO from 2007 to 2015.He is also an eminent speaker in various seminars and medical conferences.He was the  Scientific director and basic instructor at numerous seminars held by the Hellenic Society of Surgery and the School of Medicine of the University of Athens on Artificial Nutrition on surgery patients

Abdominoperineal resection (APR) is a type of a surgery in which the anus, rectum, and sigmoid colon are removed through small cuts in the belly. It is a surgical procedure done primarily to remove the cancer of the rectum. Typically, abdominoperineal resection (AP) is conducted as an elective procedure. This procedure is most often used to treat rectum cancer if it is located very low in the rectum or in the anus, close to the sphincter muscles.

Colostomy brings the colon to an opening at the surface of the skin, which allows the waste to pass out of the body. This new opening is called stoma and usually measures from one to one-and-a-half inches in diameter. A pouch, or a stoma appliance, is needed to be worn at all times. The stoma has no sphincter muscles, so there is no conscious control over the elimination of waste products from the body after the procedure.

Get a Priority Appointment with
Dr. Archontovasilis Fotios

Send a inquiry
Frequently Asked Questions
How many years of experience does Dr. Archontovasilis Fotios have as a general laparoscopic surgeon in Greece?

He has an experience of 19 years as a laparoscopic surgeon

What are the primary treatments and surgeries that Dr. Archontovasilis Fotios provide as a laparoscopic surgeon?

What associations is Dr. Dr. Archontovasilis Fotios part of?

When do you need to see a laparoscopic surgeon such as Dr. Archontovasilis Fotios ?

There is a need to see a laparoscopic surgeon  when a minimally invasive laparoscopic surgery dealing with the lower gastrointestinal tract is needed. He can also be consulted for biliary port replacements and hernia repair.

How to connect with Dr. Archontovasilis Fotios for Online Consultation through MediGence?

He can be easily consulted by registering your profile with medigence and writing down your enquiry.A meeting with the surgeon will be scheduled. Following which the consultation can be done.