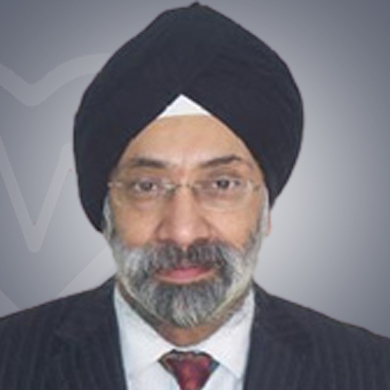 Dr. V.P Singh is a highly reputed, qualified and experienced neurosurgeon in the Delhi NCR region. He has more than 30 years of experience and is the pioneer of various innovative neurological surgeries in India. He is currently the Chairman, Institute of Neurosciences at Medanta Medicity, Gurugram. DNB, 1989, National Board of Examinations Dr. Singh completed his MBBS in 1982 from All India Institute of Medical Sciences, New Delhi. Later, in 1987, he obtained M.Ch. in neurosurgery from All India Institute of Medical Sciences, New Delhi. He also qualified DNB in neurosurgery in 1989. Dr. Singh was also associated with Indraprastha Apollo Hospital, New Delhi, VIMHANS, New Delhi, Newcastle General Hospital, Tyne, UK, and St Stephens Hospital, New Delhi.

Dr. V.P. Singh is specialized in Gamma Knife Surgery, Cerebrovascular Surgery, Epilepsy surgery, Radiosurgery, and Brain tumor surgery. He was the one to start the epilepsy surgery program and Gama Knife Unit at AIIMS, New Delhi. He has Operated over 400 intracranial aneurysm cases, and more than 70 papers of Dr. Singh has been published in various journals. He is the recipient of various awards such as Best paper award at the Indian Epilepsy Association Conference in 1999 and Diploma of merit for excellent poster at Asian Conference of Neurological Surgeons at Nagoya.

Get a Priority Appointment with
Dr. V P Singh