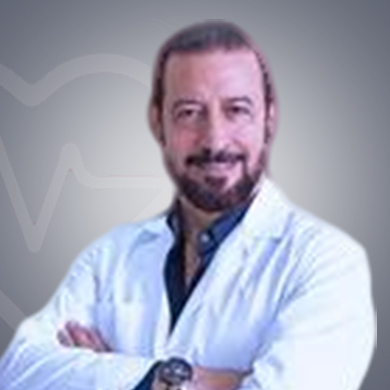 Dr. Abdulsalam S Ahmed has more than 20 years of experience in the field of bariatric surgery. Between 1991 and 1994 he went onto complete his training in General Surgery. After that, between the years 1993 and 1994 he earned his FRCS-Ed, Acting Registrar (SHO) in General and Laparoscopic Surgery from Tameside General Hospital, Manchester. He also has to his credit an FRCS from Edinburgh in the year 1993.

Though Dr. Ahmed specializes in bariatric surgery his main areas of interest lies in laparoscopic bariatric surgery ( sleeve, bypass, banding), advanced laparoscopic surgery (GERD, Hiatal hernia, achalasia), basic laparoscopic surgery (lap chole, ventral, inguinal hernia), general surgery (breast, thyroid, perianal disease, fissure and fistula)and varicose veins treatment (surgical and non-surgical). Apart from all his expertise, he is a member of FICS Fellow of the International College of Surgeon, the USA in the year 2004. In the same year, he became a Member in the Society of the American Gastro-Intestinal Endoscopic Surgery, USA. In the year 2008, Dr. Ahmed became a Member in the International Federation for the Surgery of Obesity. He has been invited to deliver lectures on International platforms.

Nowadays, weight management is the biggest problem for people from all age groups. Weight loss surgery options are preferred when alternative means of weight loss such as exercise, diet management, and so on fail to work.

Of all the bariatric procedures, gastric bypass is the most preferred options for weight loss because of the greater possibility of positive outcomes. Moreover, there are no major side effects of gastric bypass.

What are the criteria for gastric bypass surgery?

Obesity has become a growing concern for individuals in the present generation. Surgical intervention is one of the options for weight loss that obese individuals can opt for.

People prefer to choose surgical options for weight loss mostly when they fail to achieve satisfactory results through other methods such as exercise and diet control. There are different types of surgeries for weight loss, demand for which has steadily risen since last few years. One such type of surgery is the gastric banding procedure.

Gastric banding procedure is a minimally invasive surgery conducted with the help of a laparoscope. This surgery involves the placement of a weight loss band that restricts the passage of the food from the stomach to the intestine. It is commonly called as a lap-band or laparoscopic adjustable gastric band (LAGB).

The weight loss band used during the gastric banding procedure is actually an inflatable silicone device with a tendency to expand and contract. Your doctor can adjust the weight loss band from the outside such that only small amounts of food can pass through the stomach.

Gastric sleeve procedure, also known as sleeve gastrectomy, involves surgical removal of part of a stomach. This procedure is a permanent one and intends to result in drastic weight loss in individuals suffering from morbid obesity.

During the gastric sleeve procedure, the left side of the stomach is cut and the size is reduced to just 25 percent of its original size. The resulting stomach looks like a banana-like “sleeve.”

The resulting vertical gastric sleeve limits the intake of food due to reduced production of gastric enzymes and digestive juices. You may feel full after eating small amounts of food. This is also known as a “restrictive procedure” as it restricts the amount of food that you can consume at a time. This procedure is performed laparoscopically and is irreversible in nature.

Is it safe to have sleeve gastrectomy?

Gastric sleeve procedure is recommended to individuals whose body mass index (BMI) is 40 or greater than 40. It is a completely safe procedure and is minimally invasive in nature.