People from mainland Europe have long considered medical treatment in Hungary as a viable and cost-effective option. For decades now, Germans and Austrians have chosen to travel to the neighbouring country for various procedures because of cost-effectiveness. For instance, cities such as Sopron, being just across the border for Austrian visitors, are convenient for people from Vienna looking for cheap dental treatment. However, in recent times, people from many other countries farther afield have also realized that medical tourism in Hungary is a viable and affordable option offering high-quality treatment.

In fact, Hungary has recently emerged as one of the topmost destinations for medical tourism in Europe; not just for close-by European nations but also from the United Kingdom, United States, the Scandinavian countries and others. In particular, it is for dental treatment that Hungary is a preferred choice for people from France, Italy, Germany, Austria, and the UK. This is because dental and some other forms of treatment are up to 50 per cent cheaper in Hungary as compared with Western Europe.

Medical treatment in Hungary is a popular option for those looking for dental procedures, cosmetic surgery, obesity treatment, dermatological interventions, eye surgery, and even addiction programmes. While the quality of care is comparable to the Western countries, costs tend to be significantly lower. Though medical professionals in Hungary are highly trained and duly licensed, they tend to be less well-paid than some of their other European counterparts; which keeps medical costs low here. In addition, the country offers high-quality spa experiences, anti-ageing treatments, and cosmetic procedures. Hence, patients travelling for medical tourism in Hungary often combine a little luxurious pampering with the medical treatment they need.

Brief About Healthcare System and Professional Organizations in Hungary 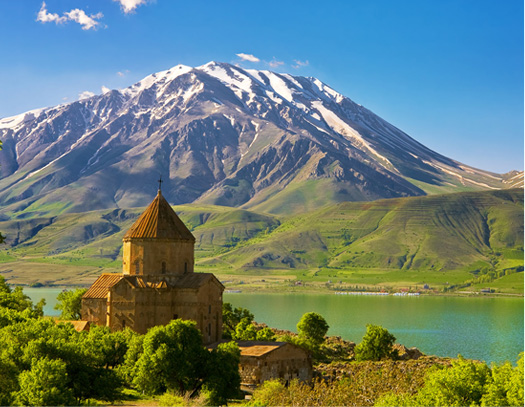 From ancient times, the Roman Baths of Hungary have been an attraction. The healing effects Hungarian thermal springs have attracted wealthy visitors seeking medical treatment from all over Europe. In fact, the Asclepeion Temples, which dates back thousands of years, can be said to be some of the world’s first healing centres. Since the 1930s, the Hungarian city of Budapest has become known as the Spa Capital. The city boasts well over one hundred thermal springs, which make up the World's largest thermal water cave system. Though the country has had a reputation as a spa destination since ancient times; medical tourism in Hungary has developed in a big way since the fall of communism.

The country has a universal health care system with all citizens covered by health insurance. With over 7 per cent GDP dedicated to healthcare, the country has a well-developed infrastructure for medical treatment. Visitors from the neighbouring countries tend to flock to Hungary for dental treatment, in particular since the dental specialists and clinics here are highly regarded. It is estimated that the country receives about 70,000 medical tourists a year for just dental treatments; because people can save up to 50 per cent on costs they would incur in their own country. With respect to cosmetic surgery, it is possible to enjoy costs savings of between 40 and 80 per cent.

Since so many international visitors opt for medical treatment in Hungary, many of the medical specialists speak English and German. This, combined with high-quality treatments and economical cost, makes Hungary a popular option for medical tourists. 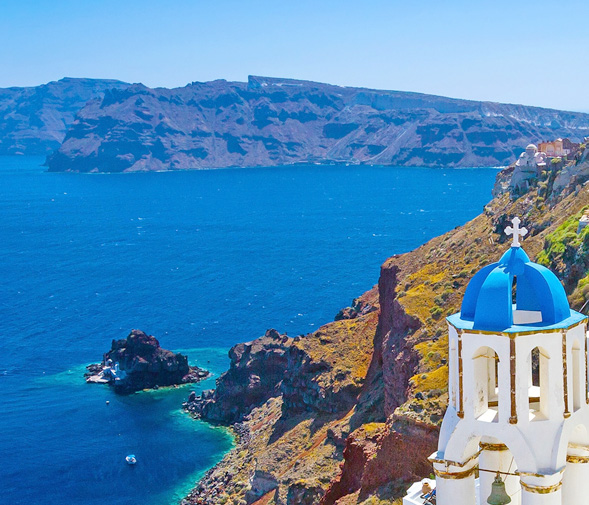 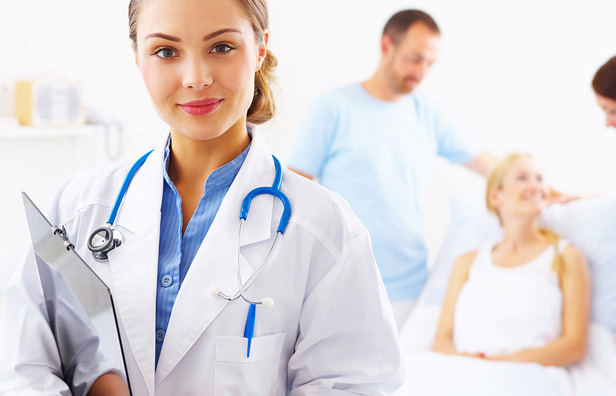 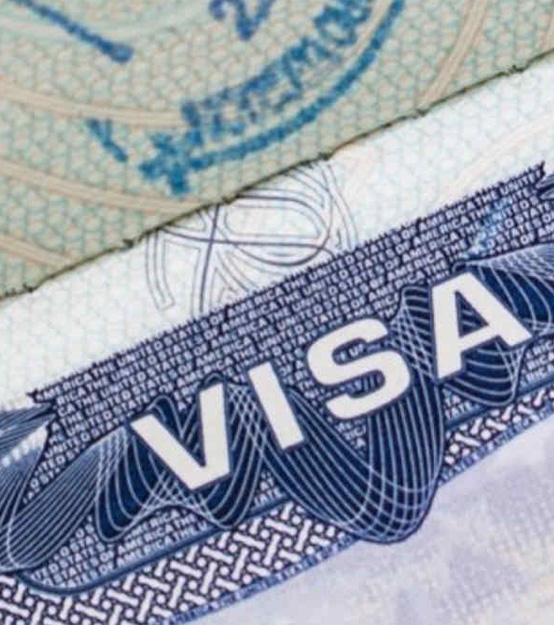 Anyone who visits for reasons of medical tourism in Hungary can combine their treatment with the quintessential experience of Hungary's rich culture, history, and architecture. The country features the influence of Islamic, Judaic, and Christian cultures; and this is also reflected in the stunning historical edifices. The country also has a rich musical and literary tradition.

Those who visit for medical treatment in Hungary may have certain diet restrictions but should nevertheless try the items as may be medically permitted. Recommended items include the famous Hungarian goulash, fisherman's soup, chicken paprikash, goose liver foie gras, game stew, trout with almonds, and desserts such as Dobos cake, strudels, grundel pancake and so on.

While the medical team would be best to suggest what time one should visit for medical treatment in Hungary, spring and autumn are some of the best times to visit the country. From March to May, the weather is pleasant, the gardens are blooming and celebrations such as Easter and Spring Festival take place. Autumn, from September to November, also enjoys mild weather. For those who love to enjoy winter sport, November to February offer ice skating and winter festival options. Summers from June to August are quite warm and temperatures touch 35 degrees. However, this is the time to sample street food, live outdoor music, folk art festivals and more. 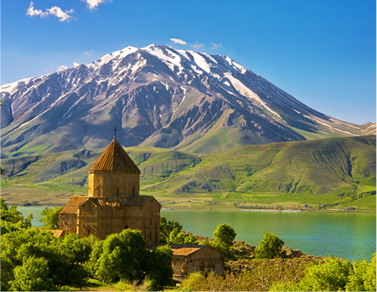 Documents You Need
To Carry/Legal Requirements

01 Why do people opt for medical treatment in Hungary?

Hungary has a long history of medical tourism and the capital city of Budapest has been known as the spa capital for almost a hundred years because of the many thermal springs in the city. Right from the 1980s, the German and Austrian citizens have opted for dental treatments in Hungary. Now people visit from many other places to receive a variety of medical treatments in Hungary.

02 Is it safe to opt for medical tourism in Hungary?

The country's spending on health care is over 7 of the national GDP, hence Hungary has a well-developed medical infrastructure. The hospital system is well regulated and only trained and licensed practitioners are permitted to treat patients.

03 Is medical tourism in Hungary a cost-effective option?

The cost of living in Hungary is lower than some other European nations. Medical professionals in Hungary are also not as well paid and treatment costs are therefore lower that several other European nations. Hence people from surrounding countries often find it cost-effective to opt for medical treatments in Hungary even after factoring in travel and stay expenses. Treatment is also cost-effective for people from , US and Scandinavia; who can save up to 50 on dental treatments and up to 80 on cosmetic surgeries. treatments may not be cost effective for people from other less developed nations.

04 What are the top medical treatments available in Hungary?

05 Can I do any sightseeing while I am in Hungary for medical treatment?

Hungary is one of Europe's top tourist destinations with his medieval architecture, World War II monuments, wineries, national parks, stunning natural beauty, and rich history and culture. It is recommended that one should do some sightseeing while in Hungary for treatment.

06 What sort of clothes should I carry to visit Hungary?

This would depend upon the time of visit; however, any European style of dress is fine here. There are no particular restrictions or requirements. Layering is recommended for cooler weather and swimwear along with flip-flops is recommended if visiting the thermal baths.

07 Is Hungary a safe country to travel in?

Hungary is generally safe to travel in, however, tourists are advised to take basic precautions while in crowded tourist areas, while using public transport or when in bars. It is also important to beware of taxis and establishments looking to con tourists.

08 Can I extend my stay for medical treatment in Hungary?

Yes if there is a medical requirement to stay longer, one's visa can be extended. A travel agency or medical facilitator can help with the applications, cancellations or booking changes.

09 How can I communicate in Hungary?

Many people in Hungary, particularly those engaged in the medical tourism sector usually speak some amount of English and German so communication is not generally a problem. However, a medical facilitator can always help out with an interpreter or if there is the need to understand technical medical terms, reschedule procedures or appointments.

10 What are the dos and don'ts of medical tourism in Hungary?

It is important to follow the instructions of medical professionals before travelling to Hungary for treatment and also to follow any post-operative dos and don'ts that the doctor recommends in order to enjoy the best outcome of treatment. Overexerting, overeating and indulging in adventure sport are best avoided by the patient. Be careful of attempting to con money out of tourists.

11 Whom can I speak to if I have more questions about medical tourism in Hungary?

While the foregoing would have answered several frequently asked questions about medical tourism in Hungary, there are bound to be other, more specific questions you may want to be answered. If you would like to know about costs and availability of treatments, you can call us at MediGence (contact information below) to speak to our medical representative. We will be happy to advise you about dental treatment, surgical procedures, spa treatments, cosmetic procedures as well as other treatments that Hungary is known for.

12 What if I need my return ticket date to be changed after arrival?

The medical facilitator or the travel desk at the hospital can help you with that.