Lobna (from Sudan) was diagnosed with meningioma, a form of non-cancerous brain tumor. Her family members decided to take her to one of the most prestigious hospitals in India for medical treatment.

There are different types of brain tumors. Each type of brain tumor has its own set of symptoms that the patient experiences and the mere diagnosis of it can prove devastating for the patients. The situation further worsens when the correct or quality treatment is not available in the patient’s own country. Such was the case of Lobna Salah Hassan from Sudan.

Lobna (from Sudan) was diagnosed with meningioma, a form of non-cancerous brain tumor. Her family members decided to take her to one of the most prestigious hospitals in India for medical treatment

People with meningioma may remain symptomless for years. However, dizziness, headache, and seizures are some of the symptoms that they may suffer from. Lobna did experience specific symptoms such as episodes of a headache, hearing-related issues, and heaviness on one side of the face.

Lobna’s family shared her medical reports with the team at MediGence. Upon the receipt of the reports, the team quickly analyzed them and shared with the three best hospitals in Delhi NCR for an opinion. The team prepared a detailed treatment plan based on an opinion from the doctors and shared it with Lobna’s family for their review.

Lobna’s family selected B.L.Kapur Hospital in Delhi for her treatment, which is a globally renowned JCI-certified hospital and ranks among some of the best hospitals in the country. The hospital issued a visa invitation letter to Lobna and her relatives. Immediately after a visa was issued for the patient and the attendants by the embassy, Lubna’s family booked tickets to reach India on June 29th, 2018.

Lobna and her other attendants reached India early in the morning. As soon as she reached the country, the Patient Care team at MediGence went to the airport to pick her up and dropped her at an apartment that was pre-booked by her brother. Her brother came to India a few days before Lobna’s arrival and was thoroughly guided by the MediGence team during his stay. 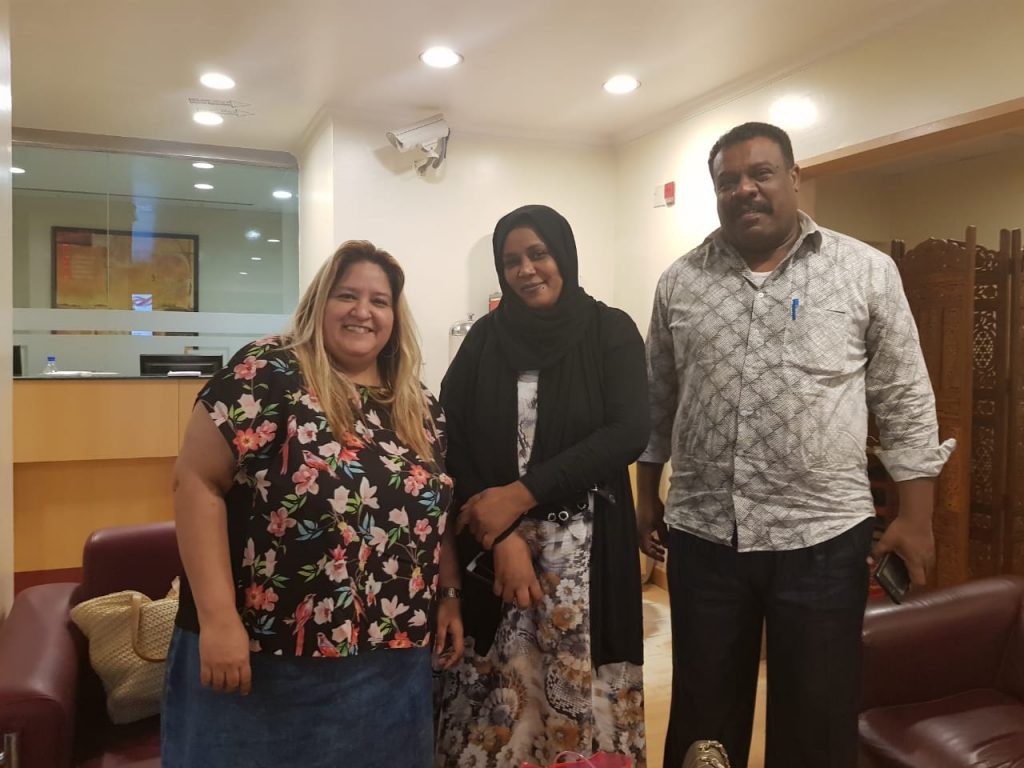 Later on the same day of her arrival in Delhi, Lobna had an appointment with the neurosurgeon at the BLK Hospital. All required investigations were carried out at the hospital, including a fresh MRI and blood tests. She was transferred back to her apartment after the investigations.

Her next appointment was booked with the doctor for Monday (July 2nd, 2018). Looking at the increase in the size of the tumor in the brain, the neurosurgeon decided to admit her to the hospital on the same day. The open craniotomy surgery for the removal of meningioma was conducted on the next day.

Being from a strictly Arabic background, Lobna and her family had difficulty communicating with the hospital staff. However, this challenge was taken care of by providing the family with an interpreter, who stayed with them throughout the treatment and as and when required. The interpreter kept visiting them regularly to ask about Lobna’s health after she had her craniotomy done and also helped the MediGence team explain and communicate to Lobna’s family what to expect at a given point of time.

Get a Treatment Plan for Meningioma

Lobna was kept admitted to the hospital for six days. Her stay was uneventful and she was discharged in a stable condition on July 09, 2018.

When to Wear Gloves To Prevent COVID-19?

Gloves form an essential part of the personal protective equipment (PPE). However, unlike masks, gloves are not supposed to be worn all the time or when outdoors to buy groceries.

A vaccine to prevent coronavirus disease 2019 (COVID-19) is being vouched as the only and the best hope to end the pandemic that has claimed the lives of more than 330,000 people worldwide.

Common Household Materials That Can Be Used As COVID-19 Masks

A simple three-layered cotton cloth mask is enough to prevent COVID-19 infection from possible exposure to droplets that may otherwise enter through nose or mouth.